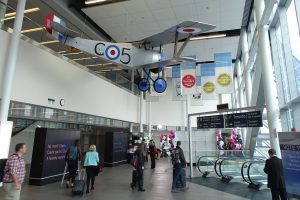 Billy Bishop was ranked the ninth best regional airport in North America, making it one of only two regional airports in Canada to be recognized in the category. The Toronto city airport was also ranked ninth best airport globally in the under five million passenger category.

The awards were presented in Amsterdam March 14.
The 2017 Awards are based on 13.8 million customer nominations across 105 nationalities of air travellers, and included 550 airports worldwide.