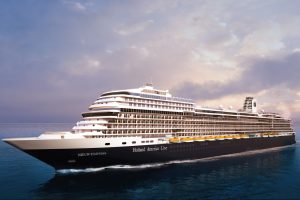 Due for delivery Dec. 1, 2018, the second Pinnacle Class ship in the fleet is currently under construction at Fincantieri’s Marghera shipyard in Italy.

When Nieuw Statendam departs the yard, it will be delivered in Venice, Italy, Dec. 1. After arriving at Civitavecchia (Rome), Italy, Statendam departs Dec. 5 on its Premiere Voyage – a 14-day transatlantic crossing to Fort Lauderdale. The ship will then spend the winter season cruising roundtrip from the South Florida port on seven-day Caribbean itineraries, with select three-, four- and 10-day options.

“Every milestone we reach with Nieuw Statendam brings us closer to delivery, and opening for bookings in the inaugural season is an exciting step as we officially give guests the opportunity to start planning their vacations on this beautiful new ship,” said HAL president Orlando Ashford. “The crossing is a great chance for guests to really get to know the ship and explore every corner during the sea days, and the Caribbean season is a perfect blend of ports that highlight the beauty, diversity and relaxed ambiance of that region.”

For a quick get-away, a three-day cruise departs roundtrip Fort Lauderdale Jan. 30 and includes a call at Half Moon Cay, Bahamas.
For the remainder of the season, the ship will feature western and eastern Caribbean itineraries: the first calls at Half Moon Cay, Ocho Rios, Grand Cayman and Cozumel, while the second features calls at Grand Turk, San Juan, St. Thomas and Half Moon Cay – with the March 17 departure swapping Amber Cove for Grand Turk. 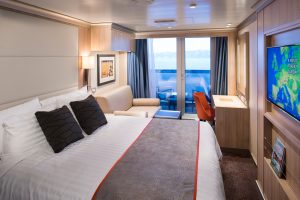