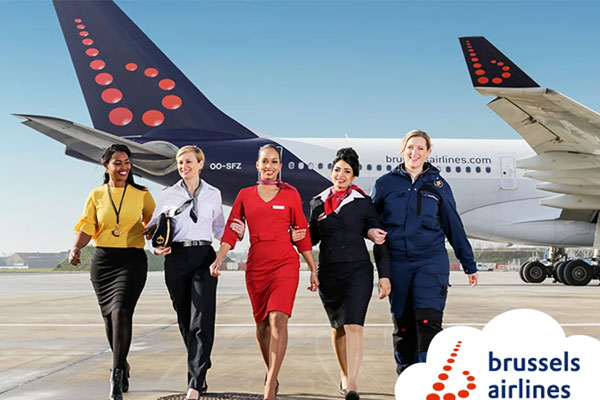 As a symbolic gesture on International Women’s Day, Brussels Airlines is operating its flight to Kigali and Entebbe with an all-female crew, a move designed to help raise awareness about gender inequality in Europe as well as in Africa, the airline’s most important market.

A Brussels Airlines flight operated by an all-female crew is – fortunately – not a rarity anymore as 10.2% of the company’s pilots and 73% of its cabin crew are women. Nevertheless the company wants to underline the importance of a gender inclusive world and therefor Captain Anne, First Officer Katti and Cabin Crew Members Ann, Tania, Sylvie, Sophie, Ellen, Elke, Pascale, Gina and Sandy will operate today’s flight SN467 to Kigali and Entebbe.

Next to female flying staff, the airline employs women on all levels and in every department, leading to a total of 51.7% of its workforce.