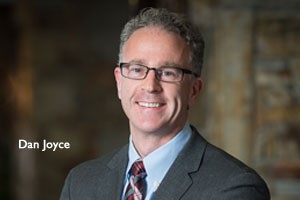 Dan Joyce has joined the Rocky Mountaineer team as its director of sales development and e-commerce.

Joyce, who has held senior leadership positions within the organization in four different departments over the last 10 years, including most recently the national sales director, Canada, will lead the global development of new sales partnerships as well as foster the burgeoning e-commerce growth based out of Vancouver.

With Joyce’s change in roles and Ontario being a primary sales focus within Canada, Ueda has relocated from Vancouver to lead the national sales office in the Toronto region. In his two years with the company, Ueda has shown tremendous leadership in building Western Canada’s business and managing select national accounts. In his new role, he will lead the strategic direction and sales initiatives for Canada, currently the company’s top performing market globally.