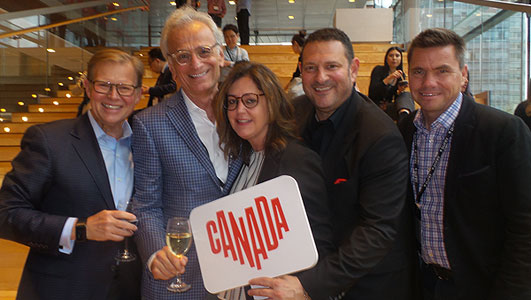 The country’s annual tourism show Rendez-vous got underway in Toronto yesterday (May 28), with Ben Cowan-Dewar, chairperson of Destination Canada’s board of directors, telling the gathering that 2018 saw this country host more than 21 million visitors for the first time.

Destination Canada president David Goldstein in turn asked how Canada can stand out in “the sea of the same” when it comes to countries working to attract tourists and praised the growing Indigenous component to Canadian offerings as doing just that by providing a “distinguishing feature.”

Meanwhile, Goldstein noted that he won’t be at the helm of Destination Canada when next year’s Rendez-vous takes place as he’s stepping down.

But Goldstein, who started with TIAC 10 years ago, said he wants to remain active within tourism.

“It might be my last time here [as Destination Canada president], but I’m hoping it’s not my last time in the room,” he said.