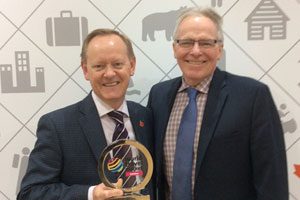 Ten other regional winners, including Italy, India, Spain, Portugal and China, received awards at a special presentation on Monday at the opening of World Travel Market, the largest English-language travel trade show in the world.

With its name change, and the “Connecting America” marketing campaign, WTM judges said, “New leadership has taken the profile of international tourism in Canada to another level.”