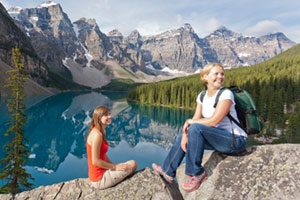 Canada’s global brand remains among the top four in the world, tying Japan for fourth place with a strong showing in the latest Anholt-GfK Nations Brand Index (NBI) study.

Germany retakes the top ranking from the US, which fell to sixth place from first. France climbs to second, with the UK holding on to third place.

Canada remains number one in the world for the second consecutive year in three of six categories measured in the study – People, Governance, and Immigration/Investment.

However, in the other three categories, Canada’s rankings slipped slightly from 2016 to 2017. In the Exports category Canada fell from fifth to seventh. Its Culture ranking fell from 10th to 12th, and Its Tourism ranking fell from eighth to ninth.

Of the 50 countries measured in the study, only the US saw its overall NBI score drop this year. However, it still ranks among the top five nations for three of NBI’s six categories: namely, Culture (where the US is ranked second), Exports (also second), and Immigration-Investment (fifth). But it fell from 19th place to 23rd for Governance, a notably poor score for one of the world’s leading countries.