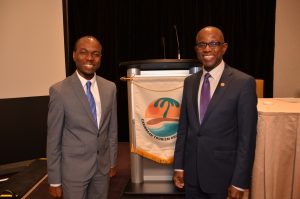 Although Canadian tourism to the Caribbean took a tumble in 2015, the Caribbean Tourism Organization’s secretary general Hugh Riley says the country is expected to continue on a positive growth trajectory despite the impact of the hurricanes that recently affected 25% of its member countries.

“Canada was a strong performer during the first half of 2017 with arrivals from this country up 6.4% when compared to the same period in 2016,” he said, addressing media at a press conference in Toronto yesterday (Nov. 13) part of the annual Caribbean Week events held in the city. “This was a significant rebound from an uncharacteristically feeble performance in 2015 where our tourist arrivals from this country fell by 3.4%. Thankfully that has changed.”

By the end of the year, the number of Canadians visiting the Caribbean is expected to surpass the 3.4 million mark, he says, noting that predictions from The Conference Board of Canada also foresee growth, even after the ramifications of Hurricanes Irma and Maria.

“It’s still to early to measure the specific effect of the hurricanes since the October numbers aren’t yet in, but The Conference Board of Canada expects a transfer of demand from affected to unaffected countries with the overall impact likely to be minimal,” he says.

Overall international tourism to the Caribbean grew by 5.2% during the first half of 2017, higher than the predicted rate of 2.5%-3.5%, but the growth rate has since been scale back.

“Understandably the impact of the hurricanes, which severely affected travel to a few of our destinations, along with the widespread coverage they received and the lack of understanding of the geography of the Caribbean triggered a slow down in travel,” he says. “Consequently we at the CTO have lowered our forecast for 2017 to between 1 and 2%, with a similar growth rate projected for next year.”

“As you know wellness and rejuvenation are important aspects of the Caribbean tourism product offer for those who focus on renewing body and spirit, the options are virtually endless from beach-front workouts and yoga retreats to wellness resorts and spa treatments, the notion of being rejuvenated in our part of the world is one more reason to let us pamper you in 2018,” he says.

The press conference was followed by a media marketplace, where attendees had the opportunity to meet with Caribbean tourism boards and destination reps.

Later in the day Jen Langlois, the owner of Suite Trip Travel TPI in St. Catherines, Ont. was awarded CTO’s Travel Agent of the Year award for Canada. Leah Smith was on hand to accept the award in her place as Langlois is currently attending the company’s annual conference in Punta Cana. 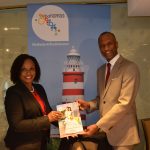 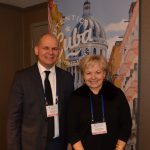 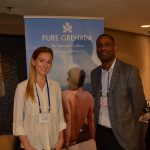 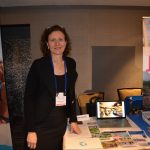