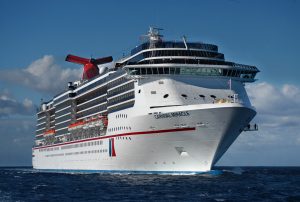 Carnival Cruise Line has signed an agreement with landlord Urban Commons and the City of Long Beach, Calif., to expand the Long Beach Cruise Terminal facility to accommodate larger ships in the future and enhance its terminal operations.

The deal will nearly triple the size of Carnival’s current terminal facility from approximately 66,000 square feet to 142,000 sq. ft.

Carnival has operated the Long Beach Cruise Terminal since 2003 using a partial area of the Geodesic Dome that was the former museum housing Howard Hughes’ “Spruce Goose” attraction.

The agreement gives Carnival 100% use of the Dome, allowing for larger ships and providing additional space needed to accommodate two-way operations, enabling embarking guests to access the terminal prior to completion of disembarkation. Construction is slated to be completed in late 2017.

During the construction period, measures will be taken to ensure a continued smooth operational flow and high standard of customer service for cruise guests.

Carnival’s president, Christine Duffy said, “For years we have been working toward reaching an agreement to expand the Long Beach Cruise Terminal to accommodate larger ships on the West Coast, and we’re thrilled to finally be able to move forward with our plans to assume full usage of the Dome, making Long Beach one of our largest homeport facilities.”

For more, sail on over to http://www.carnival.com.