Home › COVID-19 › Celebrity Beyond On Course For April Debut

Celebrity Beyond On Course For April Debut 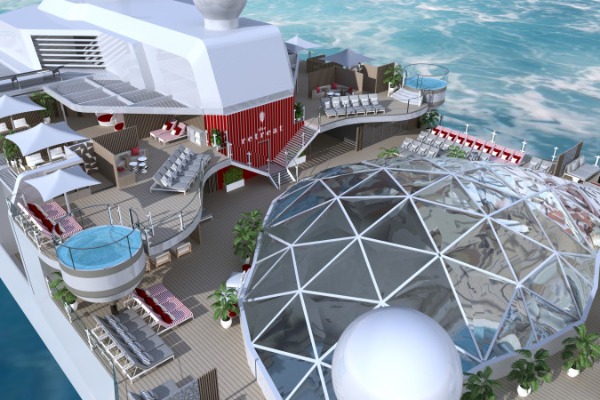 In less than 80 days, the fleet’s crown-jewel will make its debut on April 27, 2022, when it sets sail from Southampton, England.

The latest ship in Celebrity Cruises Edge Series, Celebrity Beyond conducted its sea trials during the first week of February in the Bay of Biscay near the shipyard. Overseen by more than 50 crew members, including Captain Kate McCue, engineers and nautical experts, the ship showcased that its strength, excellence and superb sailing capabilities go beyond its breath-taking amenities. It displayed a superior level of comfort, safety, maneuverability and fuel efficiency, the latter due in part to the revolutionary design of the ship’s Parabolic Ultrabow.

Lisa Lutoff-Perlo, President and CEO, Celebrity Cruises, said: “I can’t tell you how excited I am to have completed this important milestone as it brings us that much closer to welcoming our guests onboard to enjoy their own ‘Journey WonderFULL,’ on Celebrity Beyond.”

Lutoff-Perlo continued: “Beyond showed why there is so much more to her than just her looks. Like her sister ships – Celebrity Apex and Celebrity Edge – she went beyond what was needed to demonstrate she’s ready.”

Celebrity Beyond will depart on its maiden voyage on April 27, 2022 from Southampton, England, on a 10-night Western Europe cruise visiting Bordeaux, France; Lisbon, Portugal; and Seville, Malaga, Palma de Mallorca and Barcelona, Spain.

The ship will then offer a variety of Mediterranean journeys including nine-night Italian Riviera and France itineraries and 10-night Greek Isles itineraries through early October, when she then heads to the Caribbean.

Sail on over to www.celebritycruises.com/cruise-ships/celebrity-beyond for more.