Home › Cruise › The Bells Are Ringing

The Bells Are Ringing

Celebrity Teams Up With Red Shoe Movement For Gender Equality 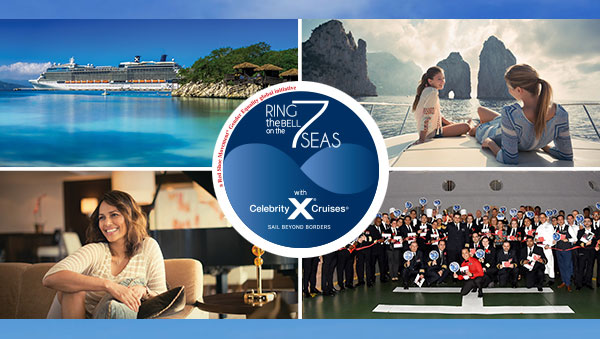 Across the entire fleet of Celebrity Cruises ships positioned around the world – from the Caribbean to Australia, and in all global offices, Celebrity will “Ring the Bell on the 7 Seas” today in honour of International Women’s Day, celebrating the social, economic, cultural and political achievements of women.

The campaign was born in partnership with the Red Shoe Movement in support of their Gender Equality Global Initiative. A special bell ringing ceremony will be hosted by Lisa Lutoff-Perlo, president and CEO, Celebrity Cruises, on Celebrity Summit, with the ship’s executive team and the founder and CEO of the Red Shoe Movement, Mariela Dabbah. Each Celebrity ship and the global offices will then follow with their own ceremony.

“On International Women’s Day millions of people around the world will celebrate the accomplishments of women, and the men who support their efforts,” said Lutoff-Perlo. “I’m proud to stand with the Red Shoe Movement as gender equality is an ongoing commitment for all of us at Celebrity.”

Lutoff-Perlo added, “Women are breaking glass ceilings in every country and industry – and there are many, many success stories for gender parity. Yet we have to push for even more progress, and it takes all of us working together to show the world the power of unity.”

Dabbah commented, “I am proud for Red Shoe Movement, whose mission is to accelerate the representation of women at the top, to partner with Celebrity Cruises to ‘Ring the Bell on the 7 Seas’ especially as Lisa Lutoff-Perlo is a CEO who walks her talk in everything she does. The thousands of crew members and guests around the world on a Celebrity ship or in any of their global offices will unite to take a stand on gender equality. This is a historic moment in this industry and for women worldwide.”