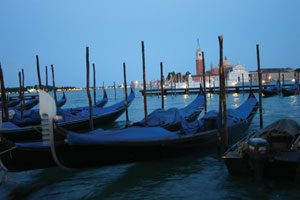 Contiki is encouraging millennials to experience the beauty of Europe every day of the year, not just during the summer months, with the launch of its new “Europe Everyday” campaign.

Through Aug. 25, travellers can save up to 30% off on more than 40 of Contiki’s most popular European trips.

“We’re excited to launch this new campaign as an ode to such a beautiful region. From the snow-capped mountains of Switzerland to the sheer romanticism of Paris during springtime, we want young Canadians to fall in love with Europe everyday of the year,” says Sheralyn Berry, vice-president of sales at Contiki Holidays Canada. “This is also a great way for our agent partners to encourage their clients to book their European travels now. Coupled with our 2018 Preview Program, Europe has never looked this attractive.”

While Europe is still primarily seen as a summer vacation destination, with over 4.7 million Canadian arrivals in 2015 according to the Conference Board of Canada, the continent has seen a new trend among travellers visiting during the “off-season,” having welcomed 6.2% more Canadians during the 2015-16 winter season compared to the previous year. Incentives to visit during the cooler months include less crowding and often lower prices in many parts of Europe.

Contiki’s new campaign features more than 40 of its most popular trips from four different Trip Styles.