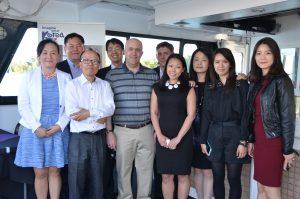 To celebrate the launch of daily flights to Korea this month and to thank agents for supporting the destination, the Korea Tourism Organization and Korean Air hosted travel partners on a sunset dinner cruise along the Toronto harbour last night (June 14).

On June 1, Korean Air kicked-off daily scheduled service between Toronto and Seoul Incheon International Airport, which runs until Oct. 29. Connections are available to 23 cities within six hours of arrival, mostly to destinations in South-East Asia.

Jon Murray, passenger sales representative, Toronto Regional Office for Korean Air, suggests agents book clients who are connecting in Toronto via WestJet for ease of transit not only through their codeshare agreement, but also because both airlines operate out of Terminal 3.

In terms of Canadian arrivals, Kim says Korea is a popular destination for Chinese Canadians, who tend to visit the country as a stopover enroute to China.

“For the Caucasian market, they are more interested in cultural things, and history so they like to visit palaces and old towns,” he says. “For the Asian Canadian, the shopping, food and sometimes theme parks and visiting the shooting locations for Korean drama shows are very popular.” 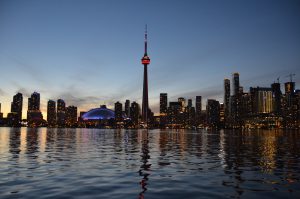