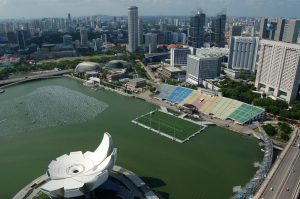 Crystal Cruises is expanding its lineup of popular “Crystal Getaways” to now include shortened segments of coveted World Cruise voyages for 2016 and 2017.

Five new options have been announced, comprising select South American departures that are part of Crystal Serenity’s “Southern Celebración” World Cruise (which sails in full, 94 days round-trip from Miami on Jan. 10). The collection of cruises, which range from six to 13 days, allows travellers to experience snippets of Crystal’s celebrated luxury sailings with less commitment of time while enjoying additional savings.

“Luxury travellers are often limited on precious vacation time, but still seek – and expect – the most exceptional experiences available,” says Crystal president Edie Rodriguez. “Crystal Getaways are an ideal escape from even the busiest schedules without any sacrifice of luxury or memorable adventures.”

As segments of Crystal’s existing, longer itineraries, the voyages can be booked independently or as a means to extend one’s vacation in addition to previously scheduled sailings. Through the “Book Now” deadline of Feb. 29, guests can enjoy additional savings for 2016 and 2017 Crystal Getaways, with fares starting at US$2,275 per person.