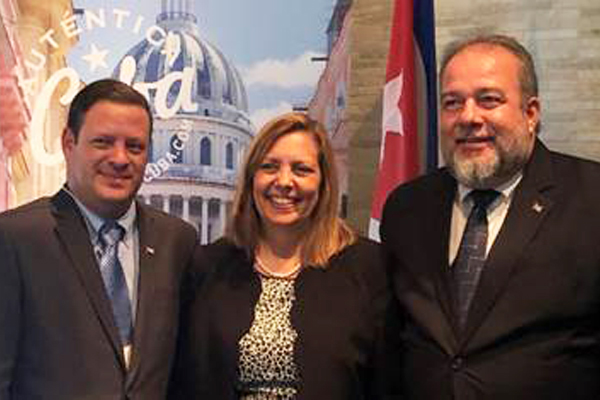 Despite being buffeted by the Trump administration – the most recent action being the US’s suspension of flights to nine Cuban airports beginning in December — Cuba is ready for the 2019/2020 tourism season with a number of exciting new luxury resorts now open.

Cuban Ambassador to Canada, Josefina Vidal Ferreiro said, “Cuba is a very resilient nation. This is not the first time that the United States has tried to bring Cuba to its knees, but we have stood proud for more than 60 years and they have failed. Our doors remain open to international visitors and we look forward to showing them our new luxury tourist product in the months ahead.”

The Ambassador continued, “Our government has invested into national tourism and in 2020 we will have over 4200 new hotel rooms ready to welcome tourists from around the world. Despite efforts to prevent ordinary citizens from travelling to our country, we remained a destination of choice for roughly 425,000 tourist from the US in the first six months of this year.”

Canada is a leading market for Cuban tourism. Of the roughly five million travellers expected to visit Cuba next year, more than 25% will come from Canada.

Sunwing has confirmed an expansion of its services from Canada to Cuba through 2019 and 2020 adding weekly flights from Sault Ste. Marie and North Bay starting in December.

“Cuba is so much more than just another tropical Island,” the Ambassador said. “We are a country with a rich culture, arts, history, ecotourism and we offer some of the most beautiful beaches found anywhere. People from around the world come to us – not just for our warm, welcoming climate and relaxing sun and sand experiences – but because we offer them this rich diversity.”

As Cuba enters 2020, it takes its first step forward in the next 500 years with a bold new vision of its future as a tourism destination.