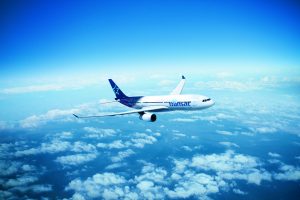 This is thanks to the addition of an Airbus A330 to its fleet.

“The addition of this aircraft next summer allows us to strengthen our presence in key destinations in Europe,” says Annick Guérard, president and general manager of Transat Tours Canada. “Furthermore, Air Transat was the first airline to offer a direct flight between Montreal and Tel Aviv, and we are pleased to add a third flight a week next summer.”

Inaugurated as an Air Transat destination in the summer of 2017, Tel Aviv has been a great success, prompting the airline to offer it three times a week from Montreal as of next summer.

Lovers of Ireland will also be happy to learn that passengers will be able to fly to Dublin from Toronto with five direct flights a week.