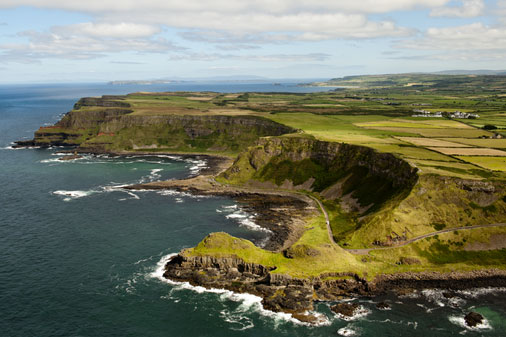 Belfast & the Causeway Coast in Northern Ireland has been named the number one region in the world for travellers in 2018.

The region receives the accolade in Lonely Planet’s Best in Travel 2018 – the highly anticipated collection of the world’s hottest trends, destinations and experiences for the coming year.

Belfast is described as, “full of hip neighbourhoods that burst with bars, restaurants and venues to suit all tastes. The rustling old docklands are now the vibrant Titanic Quarter, home to fancy apartments and a sensational museum.”

The publication highlights they city’s fascinating history and the experiences which give visitors a chance to connect with its past, including Titanic Belfast, “an unmissable multimedia extravaganza that charts the history of Belfast and creation of the world’s most famous ocean liner” and Belfast City Hall, “a late-Victorian edifice whose grandeur is testament to the city’s enormous wealth at the time.”

Belfast shares the Lonely Planet Top Region accolade with the Causeway Coast, an unforgettable coastal touring route “whose timeless beauty and high-grade distractions – golf, whiskey and some of the world’s most famous rocks – are more popular now than ever.”

Lonely Planet highlights the “magical basalt columns” of the Giant’s Causeway, a UNESCO World Heritage site, and challenges travellers to cross the Carrick-a-Rede Rope Bridge, which sways 30 metres above the ocean where it has connected a small island to coastal cliffs for 250 years.