Dominican celebrates a record year out of Canada 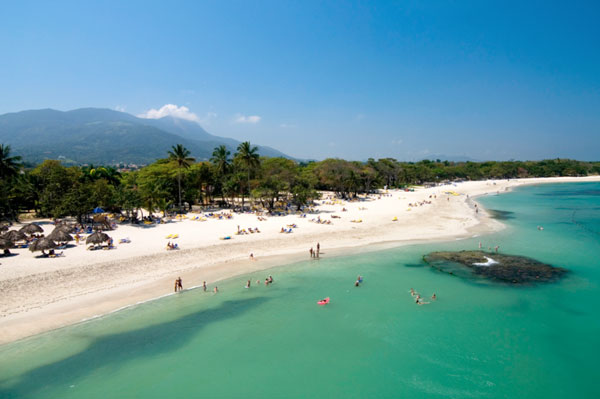 After a record year in 2017, with almost 850,000 Canadian visitors to their country, the Dominican Republic is celebrating in a very Canadian fashion – at a hockey game.

On Feb. 24, the Ministry of Tourism of the Dominican Republic, through its Tourist Office in Montreal, hosted a colourful Caribbean themed evening at the Bell Centre in Montreal, during the match between the Montreal Canadiens and the Tampa Bay Lightning. Hockey fans will be treated to live music, a traditional Merengue dancing exhibition, a virtual reality experience and the chance to win an all-inclusive week for two as part of the Puerto Plata post-game contest.

According to Cosette Garcia, director of the Dominican Republic Tourism Office in Montreal, the event was a way of showing Canadians how much they mean to the country.

“With these record arrivals numbers, we are now the number one island destination in the Caribbean out of Canada. We felt it would be fun to celebrate with a Canadian institution – the much beloved Montreal Canadiens.”

A promotional booth was installed on the first floor of the Bell Centre where attendees could participate in the activation. During the first half of the game, contest organizers randomly drew a Bell Centre seat number. The person sitting at this seat if 18 years or older was added to the four other finalists who had been previously and randomly selected via an online contest on the Montreal Canadiens’ web site, and invited to participate in the Grand Prize draw during the second period.

The big winner received: One round-trip economy flight for two adults departing from Montreal and arriving in Puerto Plata, Dominican Republic; one stay for two in an all-inclusive resort in Puerto Plata.