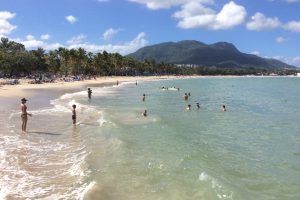 The Dominican Republic has announced a growth rate of 5.8% in overall tourism, compared to the Caribbean’s overall rate of 3.7%.

Dominican tourism officials have projected 6 million visitors in 2016 and with a growth rate of 8% in the first quarter of 2016, the country is on track to meet this projection.

The Dominican Republic received 2,252,278 visitors January to April, with 455,845 of the visitors from Canada. The country’s hotel occupancy rate was greater than overall Caribbean numbers last year, with 75.5% of hotel rooms occupied in 2015 and an expected average of 80% in 2016.

Meanwhile, hotel spokespeople in Puerto Plata say that the 2015-2016 winter season was the best in seven years, with 3,841 renovated hotel rooms and hotel occupancy rates of 90%.