Houston not just about business 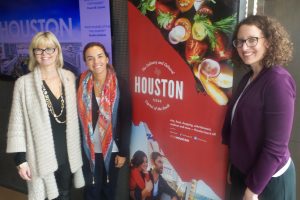 Pilar Florez wants Canadians to rethink their image of Houston.

The Visit Houston executive conceded during a recent Toronto visit that Canadians often tend to view it as a business, rather than leisure, destination.

“I’m here to try to change that perception,” she said.
Among the city’s tourism attributes are it’s being home to the second largest theatre district in the United States.
“We have ballet, we have opera, we have symphony. We have options [for tourists seeking a cultural experience],” she said.

Among the city’s many museums is the Houston Museum of Natural Science, home to the largest paleontology hall in the United States, she reported. Galleria is the fourth largest mall in the United States and features the likes of an ice rink, two hotels and more than 100 restaurants, one with a Michelin-rated chef.

Air Canada links Montreal, Toronto and Calgary with Houston and codeshares with United Airlines on Vancouver-Houston and Edmonton-Houston service.