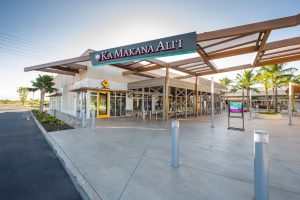 Ka Makana Alii has announced the openings of international fashion brands Lindbergh and A’GACI, both debuting their very first locations in Hawaii.

Ka Makana Alii also announced that gourmet chocolatier Godiva will be opening at the centre in October.

“We are proud that Ka Makana Alii continues to attract world class-retailers and restaurants to West Oahu, and we believe that the decision of many international brands to open their first to Hawaii locations here speaks volumes to the success and evolution of the center and of Kapolei,” said Stephanie England, general manager of Ka Makana Alii. “We are excited to maintain this momentum as we head into the second half of 2017.”

Now open for the first time in Hawaii, A’GACI, along with its sister brand O’Shoes, debuted a 7,345-sq.-ft. store at Ka Makana Alii. The high-energy store offers fashionable women’s apparel, shoes, and accessories, all at an attractive price point.

Also new to the Hawaii market, Lindbergh is an avant-garde menswear and apparel brand that caters to every taste and every occasion.