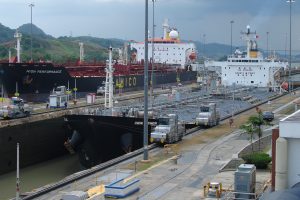 Turista Internacional Panama groups can view part of the Panama Canal without bumping elbows with people from other companies.
Kenelma de Parades, the company’s MICE business director, told a recent Toronto gathering that her company can take groups to a part of the canal after it closes to other visitors for the day.

“No other tourists will be in the area,” she said.

She said her company has a host of choices for incentives groups, such as rum tastings; helping build homes for Panamanians living in the countryside; helicopter tours; and chartering a train to Panama’s Caribbean coast, which enables passengers to view rainforest en route. Groups can also visit Indian communities.

de Parades said Panama City has hotels belonging to such brands as Marriott and InterContinental and a convention centre slated to open in 2018 will be able to accommodate 25,000 people. Turista Internacional Panama, in business 46 years, works with leisure groups but has a department for incentive groups, de Parades added.