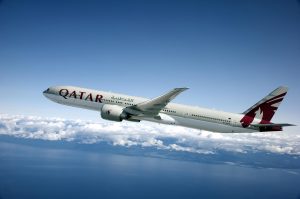 Qatar Airways celebrated its fifth anniversary of services to Montreal June 29 and marked the occasion with a Facebook contest giving Canadians a chance to win a pair of tickets to the destination of their choice with departure from Montreal.

To enter, visit http://www.facebook.com/qatarairways by July 18.

Qatar Airways offers one of the shortest connection times for Canadian travellers to the Far East, with the Montreal-Doha journey taking 12 hours. The airline operates thrice-weekly flights to Montreal aboard its flagship Boeing 777 long range aircraft non-stop from its hub in Doha, Qatar, on Sundays, Wednesdays and Fridays.