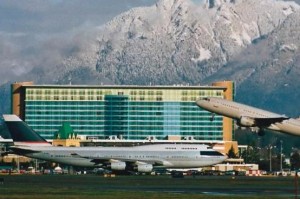 The hotel category is in its sixth year and Fairmont Vancouver Airport has held first place five of the six years.

Widely referred to as the Passenger’s Choice Awards, they are prestigious accolades for the airport industry. One hundred and six nationalities of airline customers take part in the annual survey that is based on 13.25 million questionnaires over a nine-month period and covers 550 airports around the world.

The Airport Hotel Awards consider overall hotel experience, access from the airport to the hotel,warmth and friendliness of hotel staff, cleanliness, in-room amenities, fitness and spa facilities, quality of food and restaurant service, and value for money.