YVR tops list of most expensive hotel rates in Canada 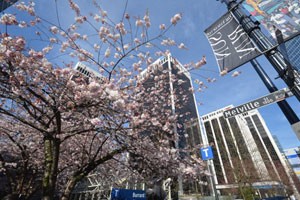 Vancouver is the most expensive city in Canada based on the cost of its lodging, according to a new survey by CheapHotels.org which compared hotel rates across 30 main destinations across the country.

In compiling the rankings, the average rate for the cheapest available double room during the month of June was established for each Canadian urban destination. In June, most destinations in Canada reach their highest average rates, making it a good comparative period.

In Vancouver, travellers will have to spend an average of $164 per night for the least expensive double room. It should be noted that only centrally located hotels rated at least three stars and with a positive average guest rating were considered for the survey.

Canada’s largest city, Toronto, ranks second most expensive at an average price tag of $152 nightly. Meanwhile, Halifax rounds out the podium at just a few dollars cheaper for an overnight stay.
Greater Toronto’s suburban cities of Markham, Mississauga and Brampton rank with average rates well below $100 per night at the very bottom of the rankings.