1 You ran the Mexico Tourism Board’s Toronto Office for years. You sometimes had to deal with fallout from the deaths of some Canadians in Mexico and SARS and September 11. How do you think those situations compared to the COVID-19 crisis?

Yes, there were some unfortunate manmade fatalities we had to deal with, as well as natural disasters that impacted the tourism sector activity and image of the country during the years I was in charge of the promotional efforts of Mexico, first in the Southeast of the USA and later on in Canada, too.

Those situations, while tragic, never had the scope and impact that this new version of the coronavirus is having worldwide. I think the closest thing that we could compare it to would be the SARS epidemic of 2003, that affected Canada pretty much from the first days of that year to the middle of July. In the case of COVID-19, it is a worldwide pandemic which I expect will follow the same cycle as SARS did, since it is my understanding that both are slightly different versions of the old Coronavirus. While both pandemics had the same origin and cause (China and zoonotic origin), it seems that this new version is by far more virulent than its previous version, and has castigated some countries much more than others, given the different preventive measures and resources allocations taken by the world’s different governments. 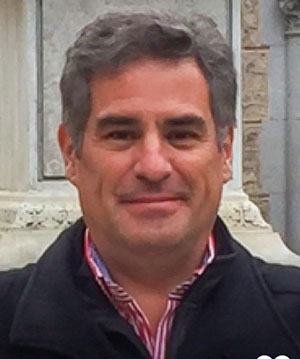 For the case of Canada, it seems that we have learned the lessons of SARS and the response so far seems adequate, but there are still a couple of critical months ahead of us.

A big difference between what I had to deal with and COVID-19, is that those unfortunate catastrophes were nationally located, so all the attention was on one particular country, while this pandemic, as it is playing at an international stage, makes it hard to focus the media attention, and, therefore, the public on one single place. Of course other than China, as its origin or Italy and Iran, given the terrible affectation they had suffered.

2 From your own experience in dealing with tough times for the travel industry, what advice would you give to today’s travel agents?

First of all, would be to focus on their customers. Some of them have or had stranded co-nationals abroad, and regardless of what they can do at the moment, being there via email, FaceTime, Skype or the thousand other social media channels available nowadays, helps their customers and reinforces the agency’s brand. Everybody is experiencing cancellations now, is an even playing field, so hang on for the next two months tops, and you will see a rebound in travel, enough to save the summer, though competition is going to be fierce and price driven. If possible, suggest your customers to postpone not cancel (some of these recommendations are so obvious that I don’t know if it makes sense to print them, but they cannot go unsaid).

Some outbound destinations will take a longer time to recuperate, given what has already happened, as well as what will still be happening in the next two months, but for inbound travel, I think the season will be saved, though it will be far less than what we expected before this pandemic became so catastrophic not only in terms of morbidity, but on the economy as a whole.

3 Can you speculate on how long you think it will take tourism to recover after COVID-19 is brought under control?

If we flatten the curve in the next two weeks, I think we could be back in business by June. Unfortunately, it does not depend only on Canada. We will have to see how our neighbours to the south and other origin markets finish dealing with it.

4 Are you still in touch with people in the travel industry and, if so, how tough is it for them?

Yes, I am and it has been tough for everybody. Some had it and will have it worse than others, particularly if they are specializing in outbound travel to the hardest hit destinations like China or Italy. I think some will need all the support they can get, and, unfortunately we’ll still see layoffs, furloughs and going out of business for some of them. The lesson here I guess is to diversify.

5 You’ve been out of the travel industry for many years. Do you miss it or given what’s happening these days are you somewhat relieved?

Yes, I miss the industry, its people, colleagues and friends I had the chance to make, and no, I could not be relieved not to have to deal with it. I had always welcomed challenges and it is an industry I loved and still do.