Edith Baxter in her own words 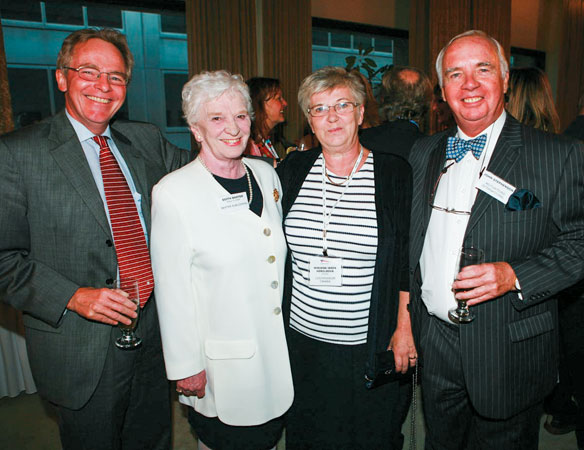 In 2013, Baxter Media published Voices of Travel: Stories from the pages of Canadian Travel Press to mark the magazine’s 45th anniversary.

More than 40 icons of Canada’s travel industry offered their reflections and observations. 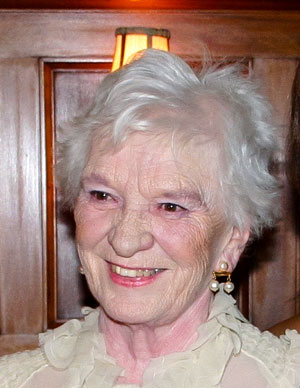 One of the many highlights of the first book to trace the history of Canada’s travel trade was a rare interview with CTP’s Editor-In-Chief, Edith Baxter.

The story she had to tell revealed the secret of the magazine’s remarkable success over more than – at the time – four and a half decades.

On November 3, 2020, Edith Baxter passed away at her home in Toronto, surrounded by her family.

In her memory, it seemed appropriate to reprint the interview and let her tell the story of Canadian Travel Press and Baxter Media in her own words.

So, read on, and listen to one of Canada’s iconic voices of travel.

You weren’t Canadian Travel Press’ first editor, when did you get involved?

That’s right. There were three editors ahead of me at different times, and I think the last one was let go rather summarily. So, Mr. Baxter asked me if I would take on the job for the next six months until he found somebody to do the job.

At the time, I was editor of the Canadian Teacher and wrote part of that magazine, plus we had two children at home, but I said I’d do it for six months.

I did, however, get promoted to Editor-in-Chief in the 1980s, a job that entailed many more responsibilities. But it gave me practice at things that helped me later in my career, which was a good thing, particularly if you’re going to work as long as I’ve been working.

So, why did he ask you to take on the editor’s job?

Over the years, you and Mr. Baxter were quite a team. How did that relationship work? I mean, you were editorial; he was sales. That was bound to have caused some trouble. Can you talk about this a little?

No trouble. Far from it. It was exactly the opposite. We were in totally different departments. As the editor, I had to make the product look good, read well, have the right writers, imbue them with the spirit and excitement of what we were doing and make sure their mechanical skills were beyond compare.

So, in that marriage, this worked fabulously well because he was in charge of the business and financial sector … he was ‘the money bags’ as we called him. So, we weren’t in competition, rather we complemented each other in our jobs. And, of course, it also provided an immense joint interest for us as a couple.

Do you realize that in your almost 45 years as CTP’s editor and editor-in-chief, you’ve probably written more than 1,500 columns – just columns – that doesn’t include stories that you’ve done after your trips. How did you manage to do all that?

Well, you know, when I wrote those columns, it was during an exciting time for the travel industry; for the hospitality industry in Canada; and, indeed, maybe worldwide.

In Europe, travel as an industry had long been established. Europeans would go skiing in the winter and, in the summer, they go hiking and climbing or maybe just enjoy coffee drinking and culture.

So, when awareness of travel as an industry – as a sought-after leisure activity – came to Canada that was exciting.

Here we are, this great vast land. It was exciting. People were more open to new experiences.

People wanted to see how – and appreciate how – the other side of the world lives.

Most of us had steady jobs and could put aside money for a yearly, or perhaps, more frequent big jaunt of twice a year – summer and winter – trip.

So, in a way, Canadians had their horizons expanded.

As a result, the travel industry grew. Particularly, the retail travel agent industry segment – it was a new profession, you might say. And it was working towards professionalism, forming several associations; government had a look at new rules and regulations for it; and IATA had lots of clout.

Is there anywhere you haven’t been? 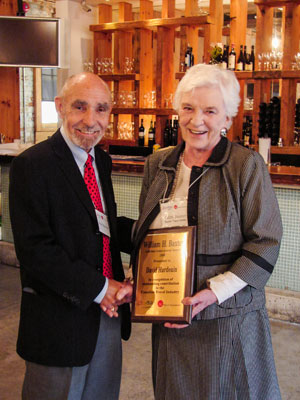 I have never, ever, ever been to Australia. I’ve been as close as New Zealand. Why Australia escaped me, I don’t know. I’ll have to think about it. Maybe, it’s not too late.

What about your favourite destination – do you
have one?

I’m not touching that one because each and every destination that I’ve visited or worked in, has something very specific and special to recommend it. So, I’ll leave that alone.

In those early days, CTP competed with both Southam and MacLean-Hunter. How did it survive that kind of competition?

Well, for several years, of course, we were sort of the “poor boy on the block.” And Southam had unlimited finances and so did MacLean-Hunter.

However, we had something special to us on our side. We had a dedicated team with the burning desire to be the best that we knew how to be and to hire the best in all ways.

We chose people to represent us who were as passionately committed to making the magazine a success in all ways as we were and continue to be.

We had an immense amount of energy – all of us. We were everywhere. We travelled everywhere. We saw everything. We wrote about 90% of the stuff we’d seen and experienced. We were just one marvellous, hard-working, committed team.

That was our secret.

The people who worked here believed so absolutely in the magazine and wanted to give the ‘big guys’ a run for their money.

Things have changed over the years, what do you see as the biggest change?

I think the big change has been the arrival of the Internet. The world has become more impersonal. It has lost most of its friendliness. People are so busy that they don’t have time to answer your questions, they just tell you to “Google it.

But, CTP will continue to bring you the news, analysis, destination information, and more – all of the things you expect from us and we will never tell our readers to ‘Google it.”

Last question, would you do it all again?

Oh sure. I’d do it again in a heartbeat.