My friend, Mrs. B 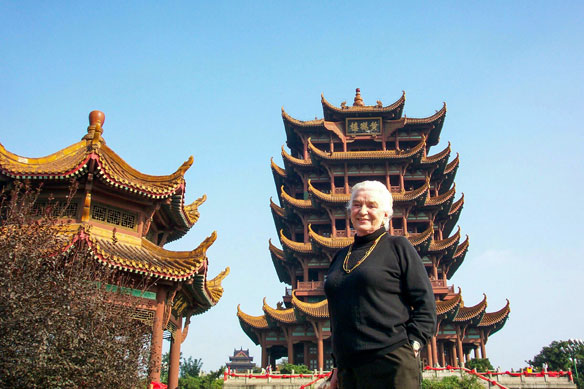 And I have to admit that I have struggled to find the right words to capture all of the different shadings of a life that has stretched over two centuries, nine decades, three countries and two continents.

To capture the ebb and flow of all of those lived experiences of a life of such breadth.

To capture all of its twists and turns. All of its highs and lows. All of the pauses and frantic rhythms that are the singular beat that each of us is guided by between birth and death.

Now if you knew Mrs. B, you’d know that at this point she’d be telling me that I’m being far too philosophical and if I don’t come to the point quick, I’m going to lose you.

And she’s right. Stories should start at the beginning.

For me, that beginning was in September of 1980 when Mrs. B interviewed me for a staff writer’s position that was open at Canadian Travel Press.

Now I’m rather vague on most of the details although I remember that the experience was a bit daunting and while I know she asked me a bunch of questions, it’s the last question I remember.

“Can you make coffee and water plants?”

I think it was a bit of a challenge, but apparently, the ‘yes,’ I offered was the right answer, considering her response was: “Alright, you’ll do.”

As for the coffee making and plant watering …

Well, the coffee making went well and, as the years rolled on, I’d make coffee and then we’d sit and smoke in her office – back in the day when that was allowed, and occasionally, even when it wasn’t allowed.

Conversations usually began by her chiding me for something I’d done or hadn’t done or should have done. We’d gossip about ‘so and so’ and ‘whoja-ma-call him or her.’ We’d talk about the news of the day. About whether the Leafs would finally win the Stanley Cup this year. Assorted family stuff. Just the kinds of conversations you’d have as you live life.

Unfortunately, while coffee & smokes were my forte, the plant watering didn’t go quite so well.

After the tragic demise of her favoured ficus benjamina – did you know that you’re not supposed to water ficus in winter? I sure didn’t – Mrs. B decided that for the sake of the office flora it might be better to find someone else to take care of this job. 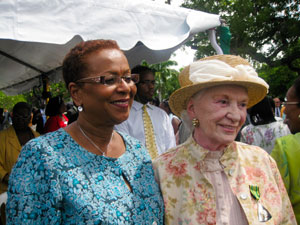 Now the 1980s was the decade that saw Canadian Travel Press come into its own, rising from the bottom of the travel trade pecking order to the top, outstripping all of its competitors. And I was happy to be part of that. These were exciting times that came with a lot of hard work and a lot of late nights.

During those years, Mrs. B made all of us jump through a lot of hoops – each one was a lesson and a way for her to judge whether she could trust us with more responsibilities.

In those days, Canadian Travel Press was published every two weeks. The world moved at a much slower place and on our publication week, Mrs. B or Tim Baxter would go up to Gravenhurst where our production plant was and do the layout for the magazine.

The first time she took me up to The Plant, as it was referred to, was for an issue that featured my first byline – not RJ Mowat, as I’d requested – but Bob Mowat – you’re a Bob, not an RJ she told me. And, thus I remain.

At any rate, we went up to The Plant and as I was working on the pages, she came over to me and handed me a piece of metal … a piece of ‘hot lead’ – go to https://en.wikipedia.org/wiki/Hot_metal_typesetting for an explanation – which was actually the byline to my story … my first bylined story in Canadian Travel Press.

That meant a lot to me. I still have that byline in my desk drawer and yes, every now and then, I take it out and remember those early days when life seemed a lot simpler.

Time is a trickster, isn’t it? Sometimes it seems to move so fast. Other times, you can hear the clock ticking off the seconds.

About two years later, I was up in Gravenhurst with Mrs. B putting a fairly big issue of CTP to bed. Good stories. Good ad sales. Pages looked good. And we finished well ahead of deadline.

All was right in the world.

On the way back to Toronto, we stopped at a road-side restaurant for coffee and sat by the side of the road chatting about nothing in particular.

At some point in the conversation, she looked at me and said: “You know, you can have a job with us as long as you want.” I didn’t really know what to say. So, I just said: “Thank you.”

Then again, after 40 years I guess I took her up on her offer. Thanks again, Mrs. B. Mrs B has always been about the personal, about friendships, about people. Those were the qualities she brought to Canadian Travel Press; and it is those qualities that have always set CTP apart.

I started by telling you that Mrs. B was my boss, and, truthfully, she always will be. Her influence will always be there.

I told you that she was my mentor and I still do things in the ways that she showed me way, way back in those early days.

But I know what I cherish most … it’s that she became and is my friend.

A friend who celebrated the birth of my two sons.

A friend who threw parties for me for all my work anniversaries.

A friend who consoled me when my mother and then my father passed away within a year and a half of each other.

A friend who was always there to support me during the lows of life and to celebrate the highs that life throws at all of us.

It is hard to say good-bye …

I will miss my friend. 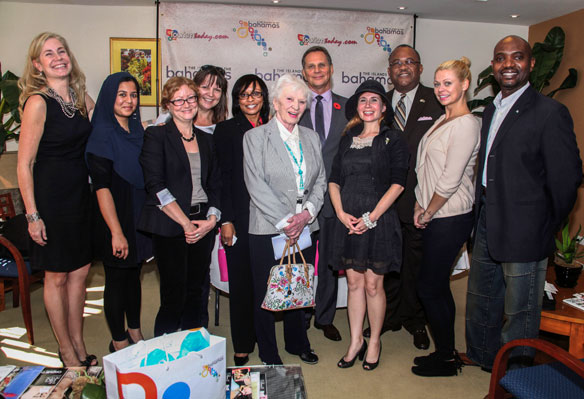