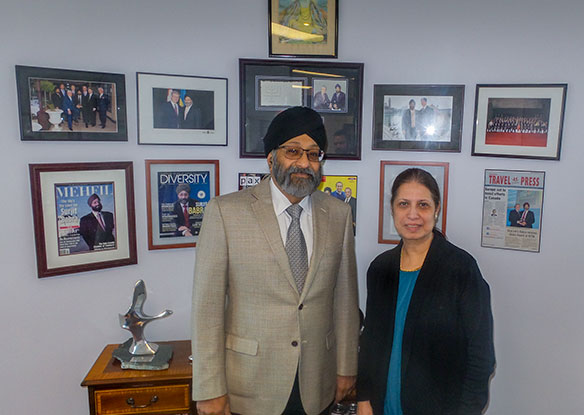 Travel industry veteran Surjit Babra is back in the industry with a new firm and a familiar promise.
Babra, best known in the travel agency community as the founder and ex-owner of SkyLink Travel, has a new venture called FareLink.com, which he says provides the industry with a single platform for searching multiple vendors and a common user interface for pre- and post-sales service. FareLink’s technology is designed in part through travel agent feedback, feedback that Babra says underscores his continued commitment to working with this country’s travel agents.
Babra says Ontario-based FareLink.com is powered by Global Travel Software that was years in the making. It features the likes of value comparison search ability and serves as a “multi-vendor platform” that offers fares from up to 200 airline choices and “that includes some that may not be shopped in GDSs, like Oman Air.”
FareLink.com began operation earlier this year.
Ground packages in the likes of Africa will be bookable by Farelink.com users in September, with the “rushy” target month enabling bookings to be made in time for the busy winter season, Babra reports.
The company also plans hotel booking availability.
FareLink.com marks Babra’s return to the industry after a three-year absence, an absence that among other things saw him become involved in a tomato processing firm in Leamington, Ont., that was on the verge of shutting down and is now flourishing with more than 500 employees.
Babra is joined at FareLink.com by company general manager Shanaz Pithawala, who had a long tenure at SkyLink Travel. FareLink.com’s executive team has more than 100 combined years in the travel industry.
Babra says the travel agency community had an input into the new platform, as he’s always valued their views and gave careful consideration into their thoughts on what the platform should offer.
Babra, whose multiple business careers include 44 years in travel, states his new booking engine will deliver benefits to airlines, providing what he says is “much better speed to market when fares are loaded.”
But Babra adds that the new software also provides a host of benefits for travel agents, such as speed of booking and the ability to customize e-tickets and invoices according to agent wishes. “If they [agencies] provide us with the logo, we will put it on.”
E-payments are offered to agents.
Babra also cites “direct integration of data in computer systems,” the likes of “data analytics and reporting” and a host of other offerings.
FareLink.com has a call centre service that operates in several languages and is now open 18 hours a day and will soon be running 24 hours a day.
Babra notes that his new venture at FareLink is committed to the practice of supporting only the travel agency B2B business, something he says demonstrates his appreciation of travel agents.
“We are only dealing with agents,” he says. “Travel agents are not gone. They are still there.”