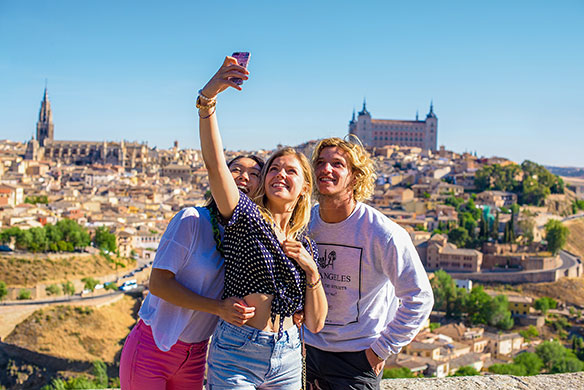 A generation once principally associated with smartphones and social media is now raising families and becoming the largest consumer force in North America.
The travel habits and preferences of millennials were the subject of the recent Future of U.S. Millennial Travel webinar, which was based on a survey conducted by the Resonance Consultancy of Vancouver and New York.
Elements of the study offer valuable insights to millennial travel trends that can be used as tools for travel retailers seeking new markets.
“You can’t afford to miss the opportunity to better understand the drivers of a generation sitting on $200 billion in spending power,” says Resonance president Chris Fair.
Millennials are by definition those aged between 20 and 36. There are 75 to 80 million millennials in the U.S. now, surpassing the number of boomers in 2016 and becoming the largest demographic in the country. They are also the fastest-growing segment of travellers, says Resonance – hence the relevance of the study. “They are a driving force in travel now,” said Fair.
Some 1,400 of them completed questionnaires for the purpose of compiling the stats.
With the results, Resonance established some general characteristics of the group which may be useful to travel planners and sellers. For instance, they speculate that the online world, which often guides millennial choices, has had paradoxical impacts on their travel habits.
As a reaction to using communications that are often virtual in nature, millennials have embraced more travel with friends, family and children to compensate, says Resonance.
The term created for this is “togethering,” and it is the vehicle for more interactive contact outside the virtual world.
For instance, most millennials are married (at 61% of the study) and 58% have children. Some 16% of all U.S. travellers are millennials with families. While some may still think of millennials as kids, it’s important to consider that many in this young generation now have kids of their own. 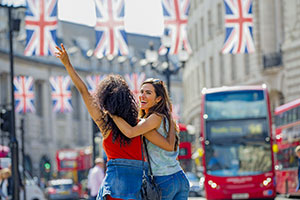 Ready to get on the bus.

Solo sounds good
On the other hand, there is also plenty of solo travelling by millennials, as this demographic heads out to explore and experience the world around them, regardless if no one comes along for the ride. In fact, 25% of those polled said they plan to take a trip on their own in the next 12 to 24 months.
Resonance says a Google review reveals that the number of searches for the terms “solo travel” hit a peak in the first week of January 2018. That is almost 55% higher than the same week the previous year, and the highest ever, they said.
Potentially even more useable is the fact that many of those solo travellers are female. Compared to those from other countries examined in the report, American women rank first in solo travel and are most likely to take three trips or more in a given year.

Growing means to travel
“Varied, monied, and sophisticated, the U.S. millennial traveller now goes solo as much as they do with kids in tow,” says Fair. Both types of travellers apparently have the means to support their journeys, as confirmed by the survey. It found that over half of millennial travellers have incomes of between US$50,000 and US$100,000.
So, it should be no surprise that “the survey numbers indicate that millennials aspire to book their holiday accommodations in full-service hotels and resorts,” Fair noted. This indicates an eventual, inevitable move away from more prosaic accommodations options like Airbnb.
So, while stated motivations for Airbnb bookings tend to focus on the interactive opportunities – e.g. being more able to meet the locals – the bottom line for millennials may still be the cost advantages of the “sharing” economy. In other words, when the financial pieces fall into place for them, they will make the move to more private, full-service, even luxury accommodation options. 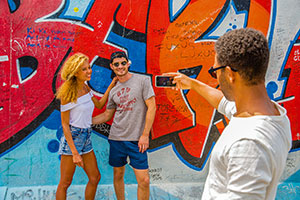 All smiles for the camera.

Agents still in the picture
Also, here’s a revelation that needs no verification… millennial-aged travel consumers have a greater preference for online channels, as compared to travel agents for making their travel purchases.
It almost goes without saying that online channels, including social media outlets, are far more influential as sources of travel information and transacting. Mobile devices are the dominant travel media platforms, with one in five millennials being on either Facebook or Instagram or both.
Also, video is becoming the principal source medium, and 80% of online travel traffic will soon be video-based, says Resonance. It will be incumbent on travel sellers to understand more about video, including what content will be the favourites, and which
will be the most motivational.
However, it should be a pleasant surprise to learn that travel agents not only still figure in the booking picture, but even have a respectable ratings presence in millennial considerations, according to the study.
It says that 24% of millennials will use a travel agent, as compared to about two-thirds (64%) who use travel product “aggregate” websites, and half (47%) will use specific booking sites for hotels, resorts, airlines, etc.
“Booking via travel agents ranked surprisingly middle of the pack,” says Tom Gierasimczuk, the VP and chief content officer at Resonance. 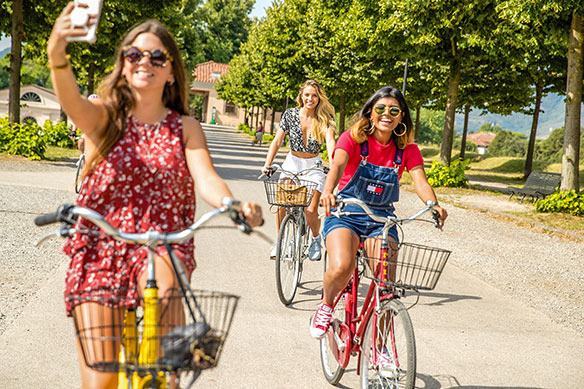