Home › Digital Post › Barbados: The place to be now and in the future

Barbados: The place to be now and in the future 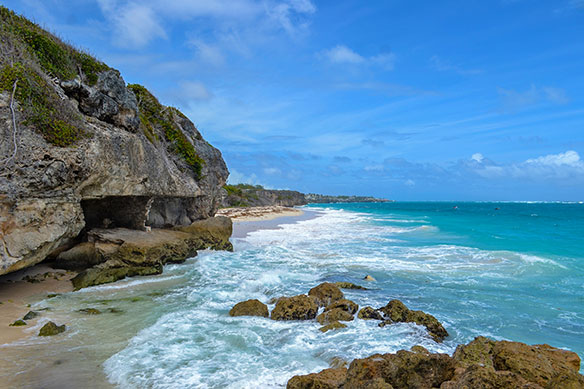 In the second part of the conversation with Barbados’ Minister of Tourism, Kerrie Symmonds, talk turns to the future, including some of the opportunities that the island’s tourism industry is currently pursuing.

If you ask Barbados’ Minister of Tourism and International Transport, Kerrie Symmonds where travel agents fit in the island’s plans, he’ll answer succinctly: “Agents are important to us because agents
influence the market.”

He told CTP that in an age of technology when more and more people – particularly, Millennials – like to be able to “shape their vacation on their own,” there comes a point when people can’t find the information they need easily; they need a question answered; or they need someone who is familiar with the destination and that’s where travel agents fit.

“So, we continue to work with the travel agents, and we are still bringing them to Barbados on familiarization trips,” the Minister said. 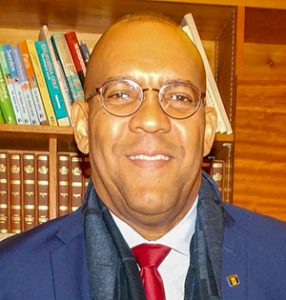 Barbardos Tourism Marketing Inc. CEO, William Griffith agrees, noting that while Google is great, “what has happened is they’ve given you too much stuff. If you Google a destination or a hotel and they give you 50 or 60 different options and you don’t know which one to choose and that’s why you end up going back to an agent. There’s so many options now. So much stuff flying around out there that you need somebody to really get you into focus.”
Griffith also pointed out that for agents who specialize, Barbados offers so many different niches that include multigenerational groups, golf groups, destination weddings and honeymoons, and a whole lot more.

Trained to sell
When it comes to agents, says BTMI’s Canadian director, Peter Mayers, “the key for us is training,” before continuing: “We still spend a lot of time doing the sales calls; doing the workshops; working with tour operators to ensure that we’re top of mind with them.”

He said that: “Years ago, we launched the Barbados Elite Club training program, so we are still revamping that and what that does essentially, in 10 chapters, is it takes agents through some of those very things that we were just talking about and it helps them to sell the destination.”

Mayers told CTP that the need to revamp the Barbados Elite Club “is even more necessary when you look at what’s going on on-island with the product” and all of the new hotel developments, new attractions, new restaurants, and lots more.

BTMI’s Canadian director also pointed to Barbados’ culinary experiences and the fact that 2018 was the Year of Culinary Experiences on the island and observed: “A lot of agents will say to us that Barbados is about getting off-property and getting out there and enjoying the cuisine, and we spend a lot of time talking to them about that culinary element, and agents are then able to bring that level of knowledge and value to their customer.”

In 2019, the focus shifts to Wellness and Soft Adventure, with Mayers explaining that: “We know that Canadians are very predisposed to elements of Soft Adventure. The whole idea of Wellness, you know, years ago it was just simply the idea of the hotel maybe having a spa, now it’s so much more than that. So, it’s an opportunity for us to sort of segment the agent database to the extent that we are having that along with those agents who we know are heavily invested in those areas.”

Another point that Mayers raises is that people don’t go to Barbados to fly and flop, they go to get out and immerse themselves in the island.

“A lot of the agents will start with that as the differentiating factor between us and the Spanish Caribbean – that’s how they start the conversation,” Mayers said.

Challenges & Opportunities
“I think the opportunities really are the growth opportunities – and some people may see them as the challenges – the fact of the matter is – because of our financial difficulties over the last decade – we have decided to go where no others have gone before in Barbados and that is we’re going to a public-private partnership for the management of the tourism sector,” Barbados Minister of Tourism revealed.

“Now, historically, that management of tourism and marketing of Destination Barbados was a fixture on the government’s budget. The private sector in Barbados, however, the people who are actually the players, the stakeholders – the hoteliers, the restauranteurs, the attractions operators – they have been in this business now for decades and they have been doing it as well as anybody else in the Caribbean for decades,” Minister Symmonds said. 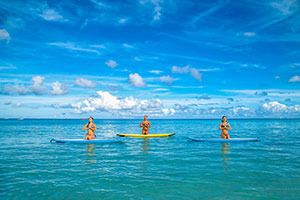 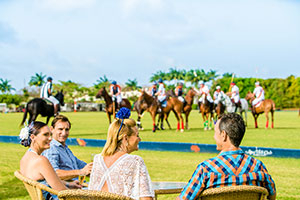 And he continued: “So, we figure that the time is ripe for them to take leadership in an industry which they have mastered. The advantage for us is that it allows government – with increasingly greater pressure and less and less resources – to then strategically target those resources into other areas which may help and complement the tourism experience generally. So road rehabilitation, for example or public transportation – if you don’t have to look for that $70 million because that’s going to be driven by the private sector primarily then you [government] can take that money and put it elsewhere.”

A bit of a shock
As for the reaction to the plan, Minister Symmonds said that: “Initially, [it was met] with some degree of shock, simply because you’ve never been asked to look at life from that perspective. The glass was always half full or half empty, now we are saying well it is half full if you look at it realistically and it requires a level of entrepreneurship from the private sector that perhaps they themselves did not recognize that they have the talent to bring about. But I think they’re coming around to understanding that this is not the dawn of a difficult age, it is really an ocean of opportunity.”

As an example, he pointed to what he described as “one happy marriage that already has been identified,” that involves Barbados’ rum industry and the tourism industry. Both are looking at breaking into the west coast market in the United States, and they’ve joined forces to go after that business.

“So, we go together where none had the ability to go before and you market Destination Barbados along with marketing the story of rum and the production of rum in Barbados – so that type of unanimity of purpose is really what we are trying to achieve,” the Minister said.

As for BTMI, he told CTP that it will be funded by the public-private partnership “and it is really the new way of doing it. Canada is doing it. London has done it. Australia, Orlando, Florida. France is doing it. There are a number of [destinations] that have done this.”

Beyond peaks and valleys
One of the things that has historically challenged many destinations is the struggle to smooth out the demand peaks and valleys, and Minister Symmonds made it clear that: “Philosophically, as Minister, I believe Barbados has the potential to do business more effectively than we’ve been doing it historically.”

He continued: “The reality is that we can do business of a tourism nature all year-round. We can get away from the peaks and troughs. Historically, there’s been the peak season, like where we are now, winter where everyone is coming down to the Caribbean, and then on the other end of it, you have a slow period in the summer time. I think we can get past the slow period in the summer time and have more of a year-round product.”
By doing that, Minister Symmonds said, Barbados will be presented with a number of new opportunities.

“We think that the refreshing of the product is a key part of that. Canadians are heavily into sports. We have a Run Barbados Festival, for example, and lots of Canadians come. We are an island that is a paradise for diving – I’m a scuba diver, and Underwater Barbados is one of the most beautiful places I’ve seen on planet Earth. And again, lots of Canadians are into that type of thing,” he said.

And the Minister continued: “So, what we want to do is have more options available like sports. And we’ve themed our years – last year was culinary and this year is Wellness and Soft Adventure – but the truth of the matter is in Barbados you can do a number of things, [have] a number of experiences. So, what we have to get people to grasp is that you can be in Barbados and find exciting stuff to do depending on your tastes because it is a year-round experience.” 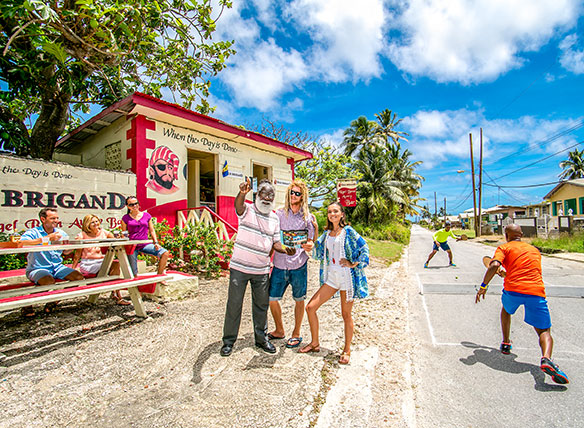