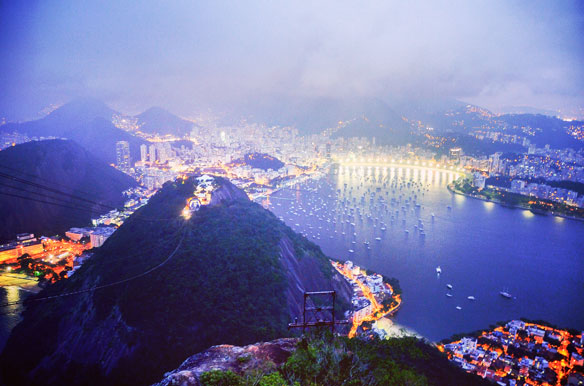 “Canadians are not Americans.”
That might seem blindingly obvious to readers of CTP but it was the key takeaway from a study of Canadian travel-buying habits outlined to a predominantly American audience of travel marketers at the recent Destinations International annual congress in Montreal.
The presentation, entitled “Capturing the Canadian Consumer,” was delivered by Karyl Leigh Barnes, a partner with Development Counsellors International (DCI), following a nationwide survey of more than 1,500 respondents 18 and over, who had taken at least one international trip in the previous 12 months. Some 30% of those surveyed reported annual income in excess of $200,000.
Barnes told delegates that Canadians are more likely than their American neighbours to travel internationally; they prioritize travelling internationally with family and they use ‘third party’ sources to inspire and plan trips more than family and friend recommendations.
And she pointed out that every Canadian segment is “unique.”
Those making $200K a year are more likely to use a travel agent; those 45 and older place much higher value on the friendliness and hospitality of locals, while millennials are more likely to select a destination that plays back well on social media.
In terms of their buying preferences, the survey showed that about 35% book directly with their service provider, almost 30% use an online travel agency and one quarter go through a bricks and mortar retail outlet. About 5% said they would book directly with a tour operator.
Fully half of those surveyed said their trips were for family vacations. Beach vacations were the lure for 30%, followed in diminishing volumes by romantic getaways, celebration vacations, cruises and city breaks.
More than 20% responded that the time of year for travel was important.
Twenty-three percent said they opted for travel in the first three months of the year, 16% April to June, 23% between July and September and 14% during the final quarter.
More than 90% indicated that “quality accommodation” was the leading factor in destination selection, closely followed by “great value for the money, interesting attractions, beautiful natural environment and friendly and hospitable locals.”
Cost of airfare was deemed “important” by 85% of respondents but “warm climate and good culinary and beverage experiences” lagged behind on the must-have scale.
Interestingly, when asked the likelihood of visiting a destination if it was not served by Air Canada, 6% said “not at all likely,” 22% replied “not very likely” and 34% said merely “somewhat likely.” The remainder didn’t seem to care.
In terms of the air travel buying window, 81% of short-haul fliers said they would purchase their tickets less than six months before departure but 21% of long-haul travellers indicated they would buy less than three months out; 43% would make payment three to six months before flying and 23% said they would ante-up six months to a year ahead.
Even though a Trump travel backlash has not materialized this year, the New York-based exec said, “Nevertheless, US destinations are striving to change perceptions” in the wake of his election.
She highlighted a “California – practicing the art of the possible in unsettled times” heading that ran on the cover of Canadian Travel Press and a Canadian Press story headlined “New York City
pleads with Canadian tourists amid fears of a Trump slump.”
DCI, with offices in New York, Denver, Los Angeles and Toronto, has been specializing in economic development and tourism marketing for the past 57 years.