Home › Digital Post › CATO: Taking care of business in its own, quiet way

CATO: Taking care of business in its own, quiet way 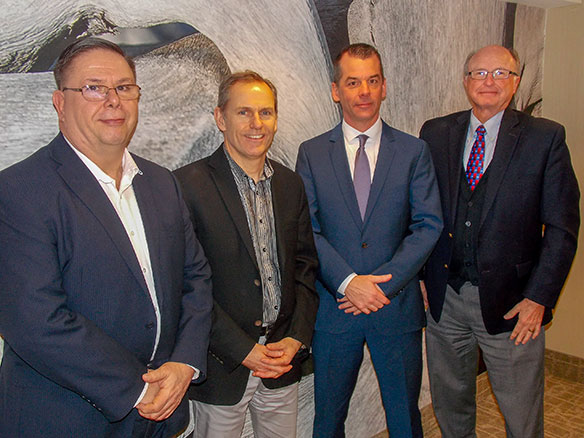 Despite the cliché to the contrary, perception in not always the reality.
Consider, for example, the Canadian Association of Tour Operators (CATO). It hasn’t had a very high profile – certainly not in the trade media – but it has been busy working closely with the Travel Industry Council of Ontario (TICO), ACTA and others on the changes that are being made to the province’s travel industry act.
As its new chairman, Tim Croyle – who also happens to be vice-president and general manager of WestJet Vacations – explains it, CATO’s mandate “is to represent the tour operator industry within Canada and have a single voice either to the government here, in Canada, as well as governments overseas in the destinations and jurisdictions that we serve.”
And while he agrees that CATO may well have been quiet from a media perspective, that doesn’t mean it hasn’t been busy, as it has spent the past two years working on the travel industry act – work that included consultations with the Ontario government and gathering feedback and input from all its members on the proposed changes.
Croyle also pointed to the good relationship that CATO and ACTA have, telling CTP that “all through the work we’ve done on the Travel Industry Act, we’ve shared our point of view and our concerns; and I think we’ve presented a very united front between ourselves and ACTA to the government on what we believe is the right thing for the industry, because a healthy industry benefits all of the players.”
CATO’s chairman noted as well that: “I think we’ve had some good success in driving the direction of all of the changes to the Act.”
He told CTP that those changes are “built around increasing consumer protection, but also providing a better regulatory framework that is probably less burdensome for the industry, but ultimately ends up providing better protection for the consumers.”
CATO’s long-time executive director, Pierre LePage agreed that the changes and revisions to the Ontario Travel Industry Act have been “top of mind” for the association, observing that “it has been very busy and time-consuming and yet rewarding because we’ve been able to sort of pool the resources and come up with some very succinct sort of proposals to the government.”
Along with its work on the changes to the Act, Croyle also pointed out that CATO’s executive director, Pierre LePage has been “instrumental” in setting up a fraud prevention Committee with ACTA and IATA that now meets several times a year.
“Fraud is an issue that impacts all of us,” Croyle said. “We’ve had some good success there with sharing information and best practices among not only the different tour operators, but also the different agencies.”
LePage told CTP that: “The airline members of IATA are obviously keenly interested in fraud prevention – credit card fraud in particular – and they’ve included retailers and wholesalers; and from CATO’s point of view, we were part and parcel of the forming of what’s now referred to as the Canadian Fraud Prevention Group (CFPG) which meets twice a year and exchanges ideas across the board from all sectors of the travel industry and credit card industry as well, trying to reduce the amount of fraud that keeps growing.”
In December, CATO celebrated its 30th anniversary, and as LePage sees it, the association continues to discuss issues that are common to all tour operators and, by extension, issues that affect both travel agents and their customers.
“It’s interesting that in our discussions we really find that the end-beneficiary is constantly the consumer,” LePage observed.
Today, CATO has 10 or 11 members representing 35 tour operator brands; it has created an associate membership for smaller tour operators; and it has also added a supporting members category for destination marketing organizations, travel service suppliers and other organizations – and those categories raise the membership numbers to about 30.
Going forward, one of the issues that CATO will be tackling is who contributes to the provincial compensation fund, with Croyle observing: “I think a lot of our proposals were adopted, but there are still some areas where we need to continue to work.”
LePage explains that what is being looked at is “a co-contribution model,” making it clear that “there was never any intention of removing the registrants from contributing into the fund. The whole idea is we perceive that we need the fund to be of a size to protect consumers for everything – not just getting their money back that they initially out-layed.
And Croyle told CTP that: “The way it works now, we don’t believe that it is particularly clear to consumers whether they are or they are not protected. So by everyone making a small contribution – along with the tour operators – we can have a fund [that’s] big enough that could cover anyone in Ontario for any eventuality [and for any amount of money].”
In this respect, LePage said that CATO and ACTA are “on the same page” on this issue, observing that “we sincerely believe that this particular model is not only important, it’s necessary.”
Along the way, Croyle said: “I think what we want to do is raise the profile of CATO. We’ve been doing a lot of good work, but perhaps we’ve not spent enough time letting people know about our work, like showcasing the work that we do with ACTA and other industry partners.”
And he continued: “I certainly think more awareness within the industry of what CATO does [is important]. Sometimes it’s not the sexy stuff – the regulatory or the fraud [initiatives] – but it’s important work and it’s up to us to raise the awareness of the work we do. And I think through that it helps educate people as to what those issues are.”
Croyle concludes: “I think the message is that there’s a lot of good work goes on that’s not always visible or publicized, and it’s really to the benefit of the industry as a whole.”
Stay tuned, there will be more from CATO.