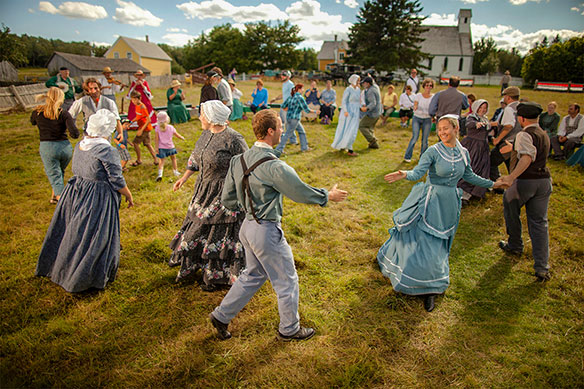 Travel-hungry tourists from China are already arriving at Canadian airports in ever-increasing numbers, and the recently announced 2018 China-Canada Year of Tourism is forecast to
drive even more of those arrivals.
The agreement to roll out the year-long promotion was jointly signed by prime minister Justin Trudeau and Chinese premier Li Keqiang in the fall of 2016, with a view to stimulating tourist travel in both directions between the two countries. But it is the flow of leisure traffic from China to Canada that stands to see the greatest growth.
For instance, a new survey released by Travelzoo predicts that a record number of Chinese leisure travellers will visit Canada in 2018. Travelzoo is a global publisher of exclusive offers and experiences for its members.
The Travelzoo Winter Travel Trends survey found that 88% of Travelzoo members in China report they will be travelling to North America in the next two years, and nearly all of them (97%) are coming for leisure travel. One-third plan to visit Vancouver and 28% intend to travel to Toronto, says Travelzoo.
This is consistent with statistics reported by Destination Canada, said the company. These say that an estimated 750,000 Chinese tourists visited Canada by the end of 2017, a 23% increase over the previous year. This trend is expected to continue, said Destination Canada.
“China and Canada are building a strong relationship in tourism,” says Lara Barlow, the general manager in Canada for Travelzoo. She noted that the Rockies, Vancouver and Toronto are the top attractions for visitors from China, and that these sites will continue to attract record numbers of Chinese visitors.
But Travelzoo noted an evolving change in vacation choices by Chinese holidayers. “Unlike 10 years ago, when the Chinese travelled to shop, we are witnessing a growing appetite among Chinese tourists to explore nature in depth,” said Yoyo Huang, a publisher in the Travelzoo Shanghai office. “Travelzoo in China is working with suppliers to offer members more opportunities to enjoy these types of experiences.
Helping to drive this traffic will be the opening of seven new visa application centres across China to make it quicker and easier for Chinese travellers to apply for their Canadian visas closer to home. Also, since summer of this year, travellers can now fly directly to Canada from 12 cities in mainland China.
These include Beijing, Shanghai, Guangzhou, Chengdu, Shenyang, Kunming, Nanjing, Hangzhou, Tianjin, Qingdao, Xiamen, and Zhengzhou.
Opening ceremonies to celebrate the start of the China-Canada Year of Tourism will take place in Toronto in March this year. That dovetails nicely with a new code-sharing promotional program by Air Canada and Air China, whereby passengers flying between April 1 and June 15 on either of the carriers will collect 30% extra frequent flyer miles.
China tourism authorities also report that WestJet is seeking approval to launch new flights from Vancouver to Beijing, Shanghai, Chengdu and Hong Kong.