After Hurricane Irma, Beaches Turks & Caicos  isn’t just back, it’s better than ever. 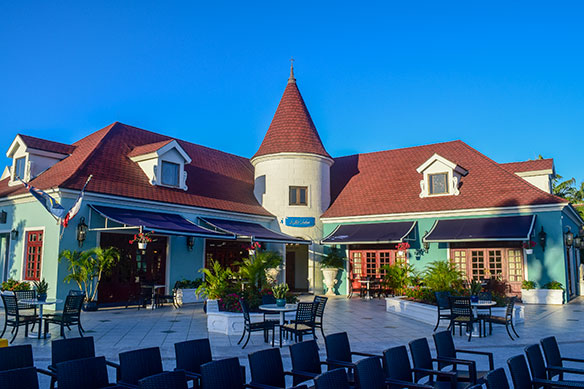 (Photo above: The hardest hit section of the Beaches Turks & Caicos property, the French Village, after completed renovations including new shingles, landscaping, and a fresh coat of paint.)

[EDITOR’S NOTE: After weathering a category 5 hurricane in September, Beaches Turks & Caicos is back in business, and in this week’s issue of Canadian Travel Press, Ashley Rochefort tells the story.]

The Storm
Leading up to Hurricane Irma’s landfall on Sept. 7, 2017, staff and remaining guests at Beaches Turks & Caicos Resort Villages & Spa braced for the worst storm to hit the island chain in recorded history. Daily meetings became hourly briefings of the latest weather reports, reminders of safety precautions, and the dos and don’ts of hurricane protocol.
It took only a few short hours for the fierce winds and pounding rains of the category 5 storm to roll through Providenciales, completely destroying the 92-acre resort grounds at Beaches Turks & Caicos – eroding beaches, causing water damage to much of the first floor, ripping up plants and bushes, and levelling every single tree in sight.
Fortunately, all buildings on property are hurricane graded and remained intact, so any guests unable to evacuate before the local airport closed, were safe and secure in their respective hotel rooms.

The Aftermath
When the airport finally reopened, all remaining guests were safely vacated. The day after the storm, Sandals’ founder and chairman, Gordon ‘Butch’ Stewart himself flew his private plane, laden with as many supplies as possible, to the resort. “Not only did he look after the hotel and the staff, but he also looked after the community,” explains Elanor Krzanowski, Public Relations Manager, Beaches Turks & Caicos.
Parent company, Sandals Resorts International, ensured all 1,900 Beaches Turks & Caicos employees received 55% of their salaries throughout the duration of the closure. And many staff, their families, and locals who lost their homes were invited to stay at the now-deserted 752-room hotel, providing Providenciales with a much needed temporary shelter in the aftermath of the storm.
Throughout, the Sandals Foundation was deeply involved in the recovery effort following Hurricane Irma, partnering with the Salvation Army and the Red Cross to deliver desperately needed food and supplies to those hit the hardest across Turks & Caicos. 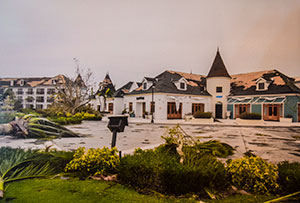 The Comeback
For 10 weeks, it was all hands on deck, as Beaches Turks & Caicos staff and management worked tirelessly to complete the necessary renovations. Lush grounds and gardens restored, thatched roofs and shingling installed, the pier repaired, driveways repaved, lobbies redesigned, rooms redecorated, restaurants and public areas received new furnishings and finishing touches, plus a fresh coat of paint all around and the property was better than ever.
In addition to the cosmetic upgrades, the resort added its first Indian restaurant, Bombay Club, bringing the total number of restaurants on-
site to 21. Plus, the water park got two brand new food trucks. Mr. Mac serves up inventive iterations of mac and cheese in snack-sized portions like chicken parmigiana, crab cake, and classic American burger. For a sweet treat, try the fun flavours at Curls ‘n Swirls’ soft serve ice cream like birthday cake, key lime pie, cotton candy, or salted caramel.
In advance of the reopening, all staff were invited to attend a three-week reorientation exercise to ensure guest standards were upheld. Any guests who had been booked during the closure were redirected to a different Beaches property or invited to rebook at a later date.
Finally, on Dec. 14, 2017, to much acclaim and fanfare, the first post-Irma guests arrived, welcomed by the resort’s management and staff with music and live characters set against a backdrop of festive holiday decorations. “I’m really excited to get back into the groove of things here,” said Donell Williams, Concierge Agent, Beaches Turks & Caicos. “We had a difficult few weeks seeing what the hurricane did to the resort and what the storm did to our livelihoods, but I am excited to see my old guests and work with some new ones.”
Lounging by the bustling pool at the charming French Village – waterpark and entertainment stage adjacent – one would never guess that a category 5 hurricane slammed into the property just a few months earlier. “This place is sparkling,” exclaims Krzanowski. “We’re definitely back… and better than ever!” 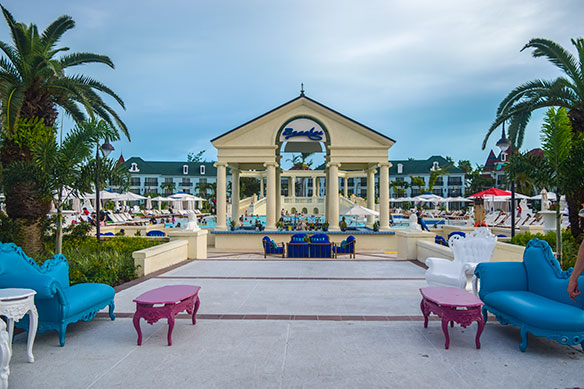