Changing attitudes with a sustainable strategy

(In the first part of a three-part series, Meliá Hotels International’s vice-president of global brand strategy, Tony Cortizas sits down with Canadian Travel Press for a wide-ranging conversation about the all-inclusive space, market trends to watch, the brand and the latest developments at MHI.)

Talking to Tony Cortizas is always an experience and considering that he’s in the experience business that shouldn’t come as a surprise.
Certainly the wide-ranging conversation that Canadian Travel Press had with Cortizas, the vice-president of global brand strategy for Melia Hotels International (MHI), during a recent visit he made to Canada, didn’t disappoint.
Along the way, he talked about the Canadian market, current and emerging trends to watch out for, the all-inclusive space and, naturally, the latest developments at MHI, as it sets its course to the future.
“Canada brings me to Canada,” Cortizas when asked what brought him to Canada, telling CTP: “Canada remains a very important market for the [Melia Hotels International] Group. Nearly 44% of our revenue comes from the Americas [Canada, US, Mexico, Latin America] collectively.”
And he pointed out: “Canada has been consistent and strong, and with the room inventory that we’re adding into the Caribbean and Mexico, we expect it [the Canadian market] to grow.”

So what’s new?
Well, the simple answer is lots.
MHI’s vice-president of global brand strategy said that in the next couple of years, the group has 58 hotels coming into its overall pipeline.
“The way that looks,” he said, “is you’ve got 17 in the Americas. We’ve got 22 in Asia Pacific. And then the rest of the pipeline is really in Europe, outside of Spain. So, we’re opening properties all over the world.”
Asked specifically about MHI’s interest in Asia Pacific, Cortizas explained that the region is “an area that we’re not making a lot of revenue in right now, because we’ve been setting ourselves up to grow there, but with the 22 properties that are coming online in the next two years, that’s going to change.”
And he noted as well, that destinations like Montenegro – as MHI increases its presence in Eastern Europe; additional product in the Middle East – including properties in Dubai and Doha; and Vietnam, Indonesia and China in the Asia Pacific region are all in the mix.
“So, it’s an interesting footprint, in terms of where we’re getting to,” he said. 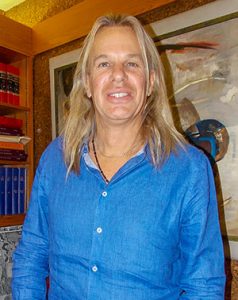 Ambitious goals
In this respect, Cortizas told CTP: “Since we’ve sat down on all of the brands, my teams have been working hard, in terms of concept, positioning, content. And I don’t mean marketing. I mean everything in terms of operations and how the brands are not only positioned from a storytelling standpoint, but also in terms of the content and the delivery of that experience, because the two things are one and the same – they’re not separate conversations.”
He explained that: “[Our] CEO has set an ambition of being listed on the Dow Jones Sustainability Index – not the easiest thing to do at all, but it’s the direction that he’s trying to get to.”
And Cortizas continued: “Corporate responsibility has always been important to us, and there are four pillars to it. One is the environment. The other one is working with children – we’ve been involved with UNICEF for many years on that front. The next pillar is employability because, yes, it is about the environment and the communities and everything, but it’s also about your employees that are in the thousands and come from those communities. And the last pillar is reputation.”

A big step
To that end, MHI has certainly upped its game, announcing that it will be eliminating all single-use plastics by the end of 2018. It’s an initiative that will result in over 22 million plastic bottles and more than 15 tonnes of CO2 emissions – generated by waste disposal – per year being eliminated in 2019.
“That’s a big step,” Cortizas said. “The whole sustainability conversation for our industry is a tough one because we have – and this is Tony Cortizas speaking now – we have a huge responsibility.”
He pointed out: “We are bringing people into destinations around the world. We’re affecting developing world communities. We are impacting ecosystems on islands and beaches. So, what we’re trading on has got to be respected and is precious; and if we’re not conscious of what we’re doing, it doesn’t matter if we’ve got a hotel there or not, people are not going to be going.”

The big shifts
As Cortizas sees it: “You’ve got a lot of consumer shifts now – Mega Trends – that are sort of pointing you in that direction. Little by little now, the consumer is demanding responsibility from all brands and products – not just travel and hospitality.”
He cited a recent survey out of the United Kingdom that revealed that authenticity is one of the huge consumer trends, and which reported that “30% of Millennials had unfollowed brands on social media because they thought they we’re unauthentic.”
And that, he observed, is “a pretty huge statement.”
For Cortizas, authenticity means everything a company is doing from talking about the experience the consumer will have at the hotel, but also about how the company is operating; what they’re doing; their transparency and all of those types of things.
“So, you’ve got authenticity which is this Mega Trend within the consumer landscape. Well Being is another Mega Trend. Sustainability is also one of the Mega Trends. And there’s more in terms of consumer evolution,” he told CTP.
“There’s a change in attitudes which is taking place – especially in the younger market segments – where your point of view on these topics – not just what you’re saying, but what you’re actually doing is becoming more and more important,” Cortizas stated.

An amazing story
MHI has certainly responded, with Cortizas pointing to the opening of the Meliá Serengeti Lodge in Serengeti National Park on the western border of Lake Victoria in Tanzania, as a clear example of its commitment to sustainability.
The lodge was designed and built with the protection and preservation of the surrounding environment in mind.
With Cortizas telling CTP: “It’s a 100% sustainable project that was done with an owner that had the ambition to deliver something like that. It’s an amazing story.”
“There are future projects in the Meliá brand which will be done with the same or similar level of sustainability in mind, but these are new builds,” he said, noting that: “It is much more difficult to go back and fix the hotels from the 1950s that were built in the wrong place to begin with.”
Another project, by the same owner of the Serengeti property, is set for Iguassu Falls in Argentina, with Cortizas noting that: “It’s an existing property that we’ve taken over as a management [contract], and it is being completely redone now with the same idea [as Serengeti] in mind.”
Next week, the conversation continues as MHI’s Cortizas talks about the all-inclusive space; expanding the Group’s Paradisus brand into the Asia Pacific region; and some of the trends driving the company’s strategy in this area. 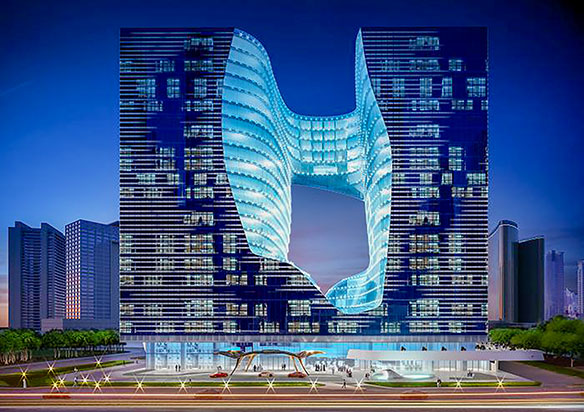