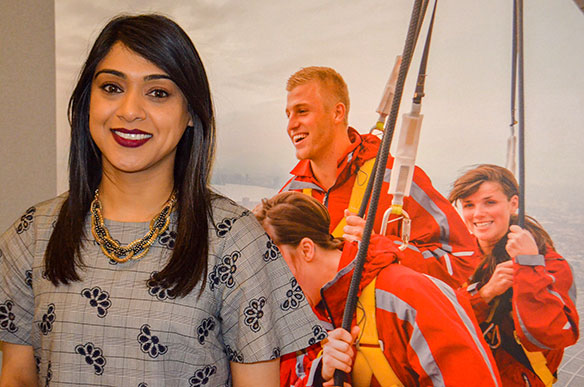 (Photo above: Bardish Chagger, the federal minister of small business and tourism, at Rendez-vous Canada 2018 in Halifax this year.)

The role of the Chinese visitors in Canada’s tourism industry got extra attention at this year’s Rendez-vous Canada 2018, as cooperative tourism promotions by the two countries continue to take effect through the year.
The buzz created by the Canada-China Year of Tourism 2018 is helping to drive a growing interest in holiday visits to Canada by Chinese visitors, as well as vice versa. Travel companies in China sent 93 tourism product buyers to RVC this year – the highest of any country in attendance. Trailing them were buyers from key markets like the USA, UK, Mexico, Australia, South Korea, Japan, India, Germany, and France, to name some.
In total, 602 buyers from 29 countries gathered at the Halifax Convention Centre to meet tourism product suppliers who had assembled from across the 10 provinces and three territories. The product suppliers numbered 1,154, including provincial marketing organizations and destination marketing organizations. They operated 461 booths on the trade floor at the convention centre, and took over 30,400 appointments.
With a total attendance of 1,910 delegates, this year’s RVC achieved another record, surpassing the count of 1,851 that was tallied in Calgary in 2017.

VISITOR WAVE FROM CHINA
Bringing news of the Chinese visitor trends to RVC this year was the newly appointed China market rep for Destination Canada, Wei Li. She takes the place of long-serving Derek Galpin. Li told international buyer reps and media that Chinese arrivals to Canada were predicted to grow by 13% this year, and that the spend will increase by 18%.
The Canadian government has set a goal of doubling the number of Chinese tourists visiting Canada by 2021. It recently opened seven new visa application centers in China to help facilitate travel plans by Chinese intending to visit Canada.
“Yes, these are ambitious targets, but realistic targets, because we are making investments in the tourism indusry to ensure it has the resouces and information necessary they need to be successful,” said federal tourism minister Bardish Chagger. “Amabassadors of the program believe it can be done before 2021, if we continue collaborating, We both know tourism is an economic driver in the global economy.”
Chagger is leading a trade mission to China in June. She was interviewed by Canadian Travel Press during RVC 2018.

OTHER WORLD MARKETS
Strong performances were also posted by other visitor source markets from around the world. For example, Destination Canada’s in-country managing director for Australia, Donna Campbell, reported that the number of visitors to Canada from Oz were predicted to grow by 4% in 2018.
“We are punching way above our weight in terms of inbound visitors to Canada,” said Campbell. She credited a growth in air lift to Australia by Air Canada as a key generator of these increases. She also said Australians stay an average of 18 days, trailing only Germany with an average of 19 days.
Anna Lee, the Destination Canada managing director for South Korea, reported that the country had generated double-digit visitor growth percentages to Canada in recent years and that this was forecast to continue. She described how bragging rights and travel experience comparisons, supported by lots of photos, are key elements in driving visitor intentions and increases to Canada from South Korea.
Carl Vaz, the new Destination Canada managing director for India, described how India has the largest population of millennials in the world, at 400 million, representing a huge potential for Canada visitations. He said that 30 million Indians will travel to international destinations in 2018, a 30% increase over last year, signalling more potential growth for visits to Canada inbound from India.
“They will pay an average of $2,000 per ticket and fly for 15 hours to reach Canada,” said Vaz. “And they will spend an average of $6,500 for a seven-day stay.”
He pointed to increased capacity by Air Canada from India as an important contributor to this growth, and said that some 2.9 million Indians had signalled an interest in travel to Canada over the next two years.

NATIONAL PARK PROTECTION
Federal minister Chagger also commented on the state of national park conservation during RVC 2018, saying that a spirit of cooperation and accommodation with federal conservation policies will define the best way to utilize national park resources for visitors.
“We have made a commitment to Canadians recognizing that we can make strategic investments to grow the economy, while also making strategic investments to ensure the good health of our environment. We know that the environment and the economy go together, so we will continue to champion them together,” she said.
Minister Chagger was responding to recent statements by federal minister of the environment Catherine McKenna, indicating that a review of commercial developments at national parks was necessary to ensure environmental standards are maintained. This may lead to reductions on those developments, with a corresponding impact on available tourism resources at the national parks.
“Minister McKenna and I work closely together, so that we are creating sustainable opportunities for Canadians,” said Chagger. “We want the tourism industry to not only have a record year in 2017, but to continue to have record years for years to come. This means ensuring that the quality of the experience is retained.” 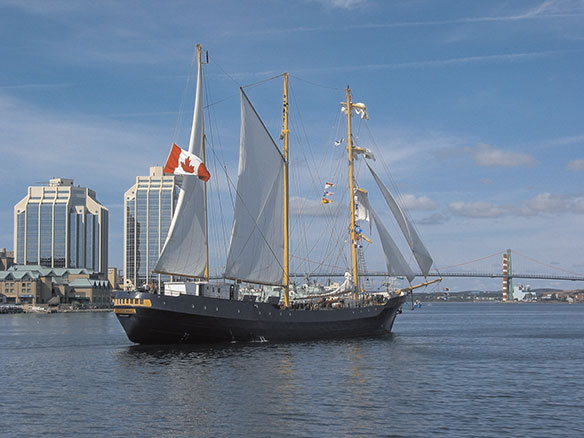