Collaboration is the only way 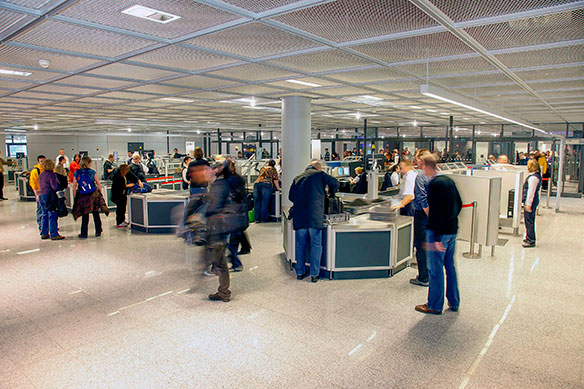 [This is the eighth part of a multi-part series on the International Air Transport Association (IATA) by CTP’s Quebec editor, Mike Dunbar. This week, Dunbar takes a look at what IATA is doing in the area of aviation security.]
Aviation security is the ultimate responsibility of governments, but all too often, they drop the ball, leaving the airline industry to pick it up and run with it in order to ensure the safety and security of the four billion passengers and crew who fly annually.
According to Nick Careen, IATA’s senior VP of airport, passenger, cargo and security, aviation is a global business, but security standards laid down by the International Civil Aviation Organization are anything but globally applied.
He told a Geneva press briefing that ICAO’s standards and recommended practices for aviation security have been around for more than four decades, but added chillingly, “And it is shocking that about 40% of states are struggling to implement its baseline requirements.”
The ex-Air Canada senior exec pointed out that haphazard extraterritorial issues are also rampant, stating, “The threats to aviation are real and may demand quick action by states, and it is challenging for airlines when governments at both ends of a route have not coordinated their requirements.”
Careen explained, “As security is a government responsibility, the airline cannot tell any government what to do or what resources need to be allocated. We need to provide a reliable service to our hard-won customers so, too often, airlines end up footing the bill or somehow doing what should be agreed in state-to-state discussions.”
And he pointed to last year’s personal electronic devices (PED) ban as a “perfect example” of government buck-passing.
“The TSA mandates that airlines flying to the US interview passengers to assess their security risk, but such interviews are traditionally done by government authorities. In the short term, airlines may seem to be the best positioned to conduct the interviews,” he conceded.
But Careen declared, “In the long term, if governments believe that these interviews are critical, then they themselves should work together to dedicate the resources needed to fulfill that function.”
And he told reporters bluntly, “Our message to governments is that, although short-term unilateral and extraterritorial measures may be necessary, they cannot be long-term solutions.
“Airlines should not be caught in the middle, picking up the pieces, bearing unplanned expenses for an indeterminate period when governments cannot agree on measures needed for the security of their citizens.”
According to Careen, information sharing between governments is “still a huge issue” for the airline industry, and the PED Ban “illustrated its importance – and the degree to which it is still not done effectively among governments, let alone with industry.”
And he argued that the EU and other authorities were caught by surprise by the US and UK measures, showing a clear lack of government-to-government information sharing, resulting in different governments implementing different measures to address the same threat and often in inconsistent ways.
On the technology front, Careen urged governments to give “far greater” support to accelerating the development, certification and investment in widespread installation of more advanced screening machines at airport checkpoints.
Along with that, he called for a multinational mutual recognition of standards for security detection equipment in place of the country-by-country process currently in place.
“Repeat certification processes slows us down at a time when we need to be speeding up,” he complained.
And he recommended that trusted traveller programs be expanded and linked along the lines of the situation here in North America. “Successful programs are in place, but we need to see more of them and they need to be linked,” said Careen.