To Hong Kong, and beyond 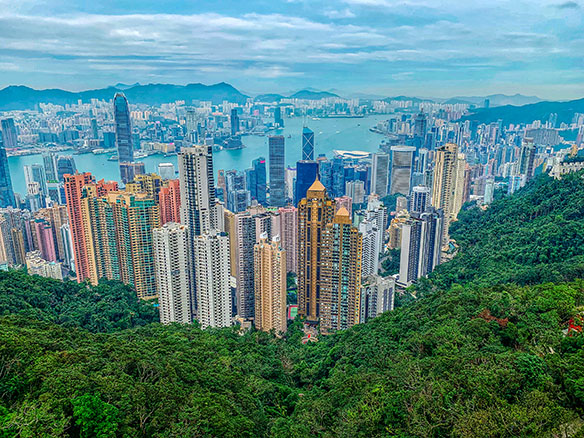 For the eighth year running, Hong Kong has come out on top as the world’s most visited city, according to market research company Euromonitor International, beating out the likes of London, Bangkok and New York.

In an effort to sustain such strong visitation numbers, the Hong Kong Tourism Board is continuing to focus on promoting its multi-destination travel appeal and on experiencing the destination like a local.

“Tourists do not just come to see. The old description of sightseeing is a bit outdated because nowadays you can see a lot of things on the Web. People come here to experience,” said Edward Yau, the Secretary for Commerce and Economic Development for the Hong Kong Special Administrative Region (HKSAR) Government. “While the world is getting highly globalized, travellers and visitors tend to focus on things that are local rather than metropolitan or international. People simply like to travel, shop, eat or dine like a local… We are talking about local culture, local delicacies, local traditions, local festivals, local designs or street corner cafés.”

Addressing the crowd gathered at the first-ever Hong Kong International Tourism Convention, Yau was part of a series of speeches and panel sessions exploring new opportunities and ways to overcome challenges for growing tourism in Hong Kong. 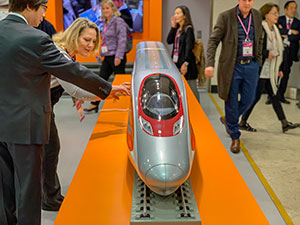 “Every day, we handle new visitors who come to the city for a new experience; at the same time, we are entertaining and receiving visitors coming for numerous times yet still looking for a new experience,” said Yau. “I think that is exactly the challenge, and the difficulty, that cities like Hong Kong, Macao or cities in this region are facing.”

Over 1,000 participants from around the world attended the convention, including a Canadian contingency with representatives from Goway Travel, GLP Worldwide, Royal Scenic Holidays, Silk Holidays, and Tour East Holidays, who were led by Michael Lim, the director for Canada, Central & South America for the Hong Kong Tourism Board.

Down by the bay
The overall focus of the conference was on leveraging the potential of the Belt and Road Initiative and the Guangdong-Hong Kong-Macao Greater Bay Area, which are seen as key pillars to ushering in a new era of multi-destination tourism. 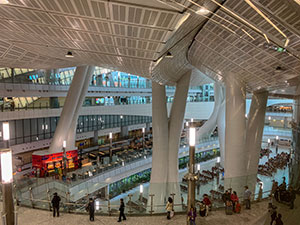 “The Greater Bay Area has the means to rival Tokyo, San Francisco and New York – the world’s three renowned bay areas – in tourism potential,” said Carrie Lam, Chief Executive of the HKSAR Government. “The Greater Bay Area’s tourism offerings are wide-ranging and undeniably inviting from cosmopolitan, East-meets-West Hong Kong and the entertainment capital of the world, Macao, to the rich Chinese culture and heritage of the Greater Bay Area’s nine mainland cities.”

With the recent opening of the world’s longest bridge and tunnel sea crossing, the Zhuhai-Macao-Hong Kong bridge, which links Hong Kong to Macao in under 40 minutes, and the expansion of a high-speed rail link, which significantly cuts travel time and offers a direct link to 44 destinations in mainland China, connectivity is also key to driving more tourism.

“Easing visa regulations, expanding flight connections, enhancing cultural cooperation, these and other considered measures can only help boost tourism and the rewards they offer us all,” she said.

Eighty-eight per cent of long-haul visitors to Hong Kong are already multi-destination travellers. Of the 60 million visitors last year, over 13 million were international. These travellers are able to visit the nine cities in the Guangdong Province visa-free for 144 hours.