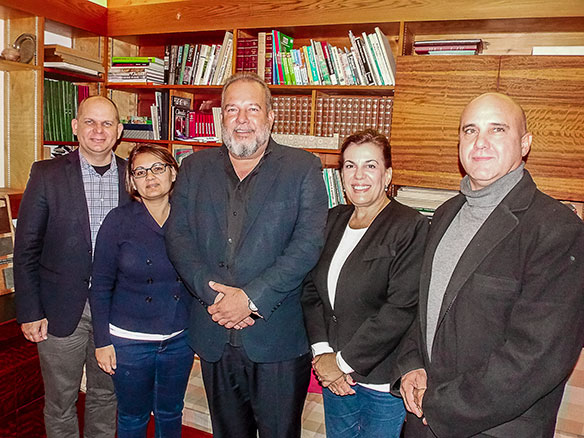 Cuban tourism officials say Cuba’s tourism infrastructure will have fully recovered from damage created by Hurricane Irma by mid-November, and they’re asking Canadians to help fill reopened hotels that they insist will have never looked better.
Cuban tourism minister Manuel Marrero told Travel Courier last week that Irma was damaging to areas on Cuba’s north coast, including in the country’s tourism cornerstone of Varadero, which saw numerous hotels damaged.
All but five of those hotels reopened before last week, with those five remaining hotels reopening this past weekend.
Harder hit were Cayos Coco, Guillermo and Santa Maria, which are now closed for tourism.
But Marrero – in Toronto to reassure the tourism trade that Cuban tourism is on track – said most hotels on those three islands will be open for business by Nov. 1, as will causeways linking them to mainland Cuba, and the islands will be fully up and running by Nov. 15.
Some areas of Havana saw water damage, but that has been dealt with, said Marrero, who adds water and electricity have been fully restored throughout the country. But Marrero conceded that tourism is down since Irma, something he said likely results from confusion on the extent of the damage his homeland saw.
This hurricane season has been devastating to some Caribbean islands – such as Puerto Rico, where officials warn it may take months before electricity is fully restored – but Cuba wasn’t among those hardest hit, he stated.

QUICK RECOVERY
Pictures that emerged from the country in Irma’s immediate aftermath suggested major damage to some locales, but much of that damage was in fact the likes of shattered glass and scattered vegetation, which was quickly cleaned up.
“When you saw the images, it looked like a disaster,” he acknowledged. “But we have been able to get back to normal so quickly.”
Cuba has sent emergency workers to other Caribbean destinations that saw far worse hurricane damage this fall, he added.
The Cuban government moved quickly to repair damage to the tourism sector, a mainstay of Cuba’s economy.
Marrero added that tour operator representatives have visited hurricane-damaged areas and are “very optimistic” about Cuba’s prospects.
But “sales are moving slowly,” said Marrero, adding fam trips are in the works to reassure travel agents.
Tourism officials state that the north coast’s famed beaches were actually enhanced by Irma, which deposited more sand on them.
As well, damaged hotels have been repaired and repainted, have gained new furniture and are “better than before,” Marrero said.

GREAT CONFIDENCE
Cuba was having a strong tourism year prior to Irma, and it appears its tourism year will still end on a high note. The country last year hosted 4 million people and tourism officials hope this year will see 4.7 million foreign visitors. However, that’s below the 5 million Marrero said Cuba had a “great chance” of reaching before Irma’s arrival.
It’s expected Cuba will see a million Canadians in 2017, with over 943,000 visiting to date. “I have great confidence in this market,” Marrero said, adding he’s on his first visit outside his homeland since Irma.
“I say to Canadians, we’re waiting for you,” adding Canadians who visit Cuba in winter may see a temperature jump of 50 degrees within a few hours of leaving home.