A first hand look at the new Istanbul Airport 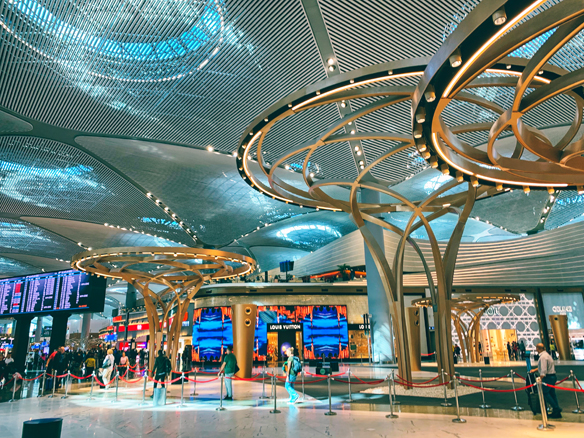 Complete with a hotel, an expansive 22,000 m2 for lounges and a 52,500 m2 duty-free area, the new Istanbul Airport marks the world’s largest international hub.

“The whole airport features high-end technologies for an enhanced travel experience. With over 500 check-in points, 143 passenger boarding bridges, 228 passport control counters and, Istanbul Airport is an enormous facility designed to provide a brand new travelling experience for the passengers,” Zafer Bolukbasi, Turkish Airlines’ general manager in Toronto, tells Canadian Travel Press. “Istanbul Airport is also a next-generation airport that paves the way for the future with extensive use of cutting-edge technology. This airport is a model for mega-scale projects around the world with Internet of Things, mobile applications, face recognition systems and configurations offering tailored opportunities.”

In April, Turkish Airlines relocated its home base from Atatürk Airport to the new location, carrying equipment weighing approximately 47,300 tons.

“From aircraft towing apparatus weighing 44 tons to extremely sensitive materials, over 10,000 pieces of equipment [were moved], which weighed equal to freight of 5,000 trucking rigs,” he said. “The distance covered by the rigs carrying this load during the period was calculated to be at 400,000 km – this was equal to circling the Earth 10 times. Over 1,800 personnel worked during this great operation.”

Bolukbasi says the airport has many stand out features, such as a selection of artwork from the Istanbul Museum of Modern Art Collection in the Turkish Airlines Lounge.

“Turkish Airlines and Istanbul Modern have partnered to introduce Turkey’s modern art to the world,” he explained. “Spanning 1,400 square-feet, the collection is renewed three times annually. The launch included 38 works by 16 artists.”

Istanbul Stopover Service will also be available to travellers originating from Canada as of 2020, offering Turkish Airlines’ passengers with over 20 hours of connection time the ability to explore the city of Istanbul during layovers.

“Economy class passengers receive a one-night stay at a 4-star hotel in Sultanahmet, while those travelling Business Class receive two complimentary nights at a 5-star hotel in Taksim,” he noted.
For more, visit https://www.turkishairlines.com/en-tr/flights/stopover/.

The showstopper is the Business Lounge, which can accommodate up to 765 travellers, features 13 private suites with showers and even has roaming massage therapists.

“Passengers can relax in private suites and take a refreshing shower, rest in the lounge on comfortable couches and savour delicious treats from Turkish and international cuisine,” he said. “A gaming console area and large children’s play zone provide entertainment for the whole family.”

The lounge features a variety of food stations serving Turkish meals like homemade ravioli, known locally as manti, and rotating menu options featuring dishes from different Turkish Airlines destinations can be found throughout the lounge. There are self-serve buffets as well as live cooking stations along with self-serve carts with wine and spirits, as well as a large grab-and-go wall lined with soft drinks, water and juice, and a coffee and tea station.

Some of the unique features include a miniature version of Istanbul where kids and kids at heart can race through the city, a golf simulator and a gaming zone to play PlayStation.

Rather than checking in at a counter, passengers can simply swipe their Business Class boarding passes to enter the lounge. 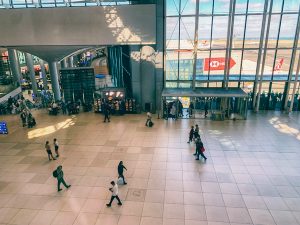 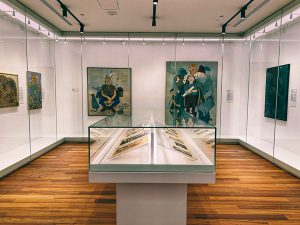 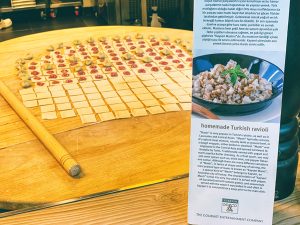 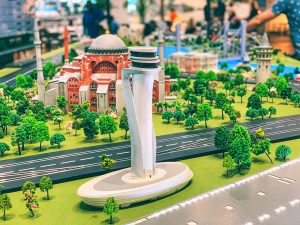 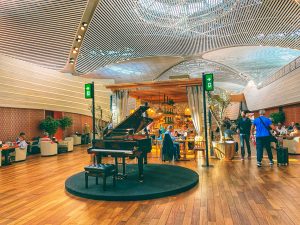 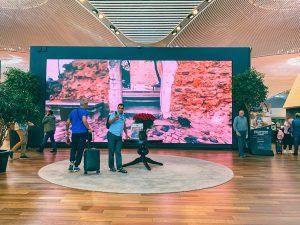