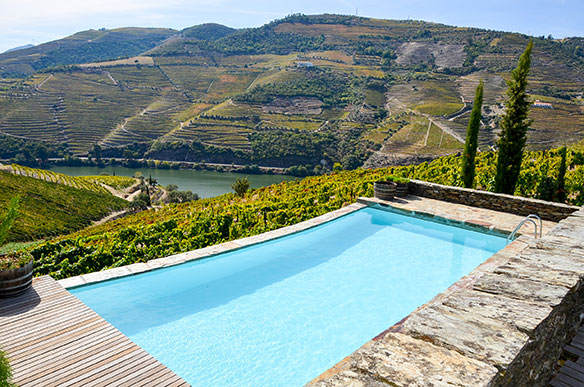 If you ask Ana Mendes Godinho why Portugal is such a hot destination, she’ll smile and politely tell you the following:
“I would say that [Portugal] is a warm destination – not hot. It’s warm because of the climate. It’s warm because of the people. It’s warm because of the offer – the value for money that [Portugal offers]. It’s warm because we are a country that has reinvented itself and is showing the world that it is possible to have an alternative model.”
Mendes Godinho, who is Portugal’s minister of tourism, explains that today, her country is considered a case study in Europe having survived “a serious [economic] crisis” in the period between 2011 and 2014 – when unemployment reached 17% in 2013 – to turning its economy around completely in just two years.
“We are growing at almost a 3% rate – one of the fastest-growing economies right now in Europe. Our unemployment rate has lowered to 8.8%,” Mendes Godinho said during a recent conversation with Travel Courier.
That turnaround came as the result of a shift in political strategy that moved away from an austerity model to one that used significant private and public investment to stimulate the economy. 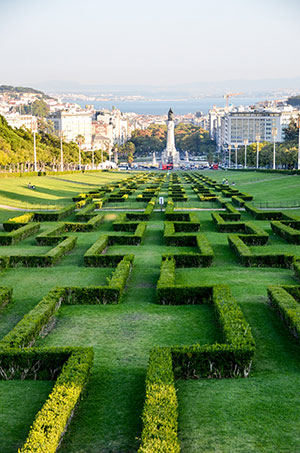 Driven by tourism
The strategy worked, and Mendes Godinho observed that: “Tourism did have a lot to do with this. Right now, I would say Portugal is the country in Europe where tourism is growing more in terms of receipts. It’s [receipts are] growing at 20% this year, and the number of tourists is growing at 10%.”
And that, said the tourism minister “means that we are getting much more value and a much more sophisticated market.”
She explained that Portugal’s tourism product has become much more diverse as new investments have helped it develop tourism products throughout the country, expanding its offerings from the traditional destinations of Lisbon, Porto, Algarve, and Madeira.
“Tourism is really becoming one of the most important economic activities in Portugal,” Mendes Godinho stated. “It represents 17% of our total exports. And, if we only look at our service exports, it represents 49%. It represents 8% of the employment [in Portugal], and the employment in tourism has increased 16% this year.”
The tourism minister continued: “Right now, the whole country is growing, in terms of new products and new hotels. We have quite unique experiences, and I will give you an example – you can sleep in palaces and castles.” 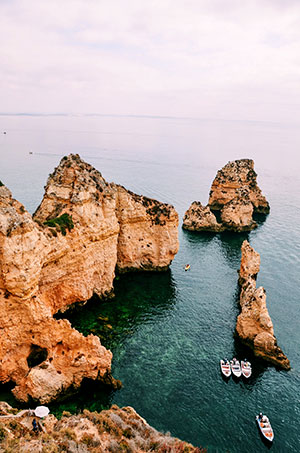 Unique experiences
Mendes Godinho explained that: “What we are really focusing on is to put our heritage in the circuit [tourist circuit], so that people do experience unique moments in heritage; in cultural sites; in our nature – that’s what we have been doing and that’s why I think people are so surprised with our destination.”
In fact, she said: “Everybody is asking about Portugal,” explaining that those inquiries have been driven by the significant increase in air capacity that Portugal has experienced.
Canada is a good example, with Mendes Godinho pointing out that the number of flights out of this market has doubled between 2015 and 2017.
The result, she said, is that from being “a well-kept secret,” Portugal is now a secret that people around the world are discovering.
The tourism minister pointed out that it’s not easy to describe Portugal in a single word, because it is “very special,” observing: “You have to feel it. You have to taste it. That’s why air connectivity is so essential because if you take people there for the first time, they will be the best promoters of Portugal.”
The fact that that message is spreading, Mendes Godinho says is because today’s travellers “want to discover authentic countries that were not in the spotlight before; that are not overcrowded. We are a very, very authentic country, very innovative, very creative.”

Perfect for snowbirds
And she continued: “I think we are quite well prepared to answer the market needs. Portugal has a diversified offer – a very unique offer related to gastronomy, to wine, to nature.”
The minister pointed to the huge investment the country has made to its tourism infrastructure to develop hotels, new products and, particularly important for the visitor, new experiences, such as walking and cycling programs and the Portuguese tourist trails.
One of the messages that Mendes Godinho has for agents and operators here is that Portugal “is a great winter destination for Canadians.”
“I think there is a huge opportunity to develop the winter Snowbird market out of Canada. We have some really interesting products,” she said.
For example, in the Algarve a special program called 365 Algarve has been developed that offers some 500 different events in that destination between October and May. (https://www.visitportugal.com/en/content/365Algarve)
Mendes Godinho also said that “I’m sure Canadians will find [Portugal] is a destination that they will repeat until the end of their lives because it does, I think, match Canadian needs – the sun, the light, the weather – it’s so mild and the warm hospitality [of the people].”
As for the take away, it’s pretty simple, Mendes Godinho says: “You can’t skip Portugal.” 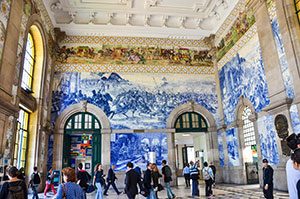 Something in the air

When talking about the increased air capacity going into Portugal, the obvious question is where does TAP fit in all of this.
Mendes Godinho told Travel Courier that like Portugal, TAP has also gone through its own revitalization, investing in North America – both in Canada and the United States – and in Brazil.
She explained that today, TAP has become “a hub company between continents” which “is really interesting because this is the position of Portugal – we are the entry port between the Americas and Asia and Africa.”
She added: “The fact that TAP has doubled its air connectivity for North America does influence the movements between markets to Portugal.”
Mendes Godinho also pointed out that the airline’s Stop Over program in Lisbon has been “quite important in positioning Portugal in the United States.”
However, Portugal’s tourism minister also made it abundantly clear that the destination has been working with a number of “very important partners” in the Canadian market.
“Air Transat has been great with its winter program. It’s great for Portugal, but I think they [Air Transat] answer the market needs, and they know that the winter is a natural market for Canadians. But [we’ve also been] working with Air Canada and with SATA.”
The result of these partnerships, Mendes Godinho said is that Portugal has “doubled our air capacity from 2015 to 2017 to Canada and this shows how committed we are to the [Canadian] market.” 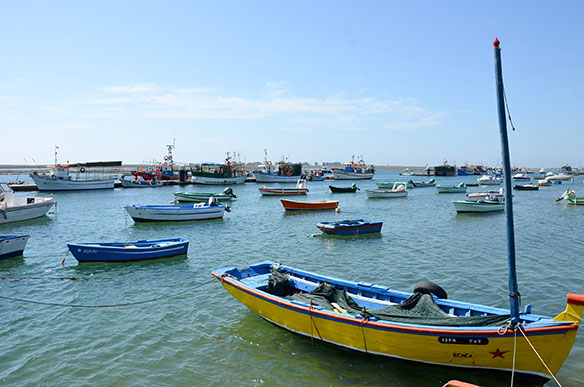