Home › Digital Post › Discover the crown jewel of the Caribbean

Discover the crown jewel of the Caribbean 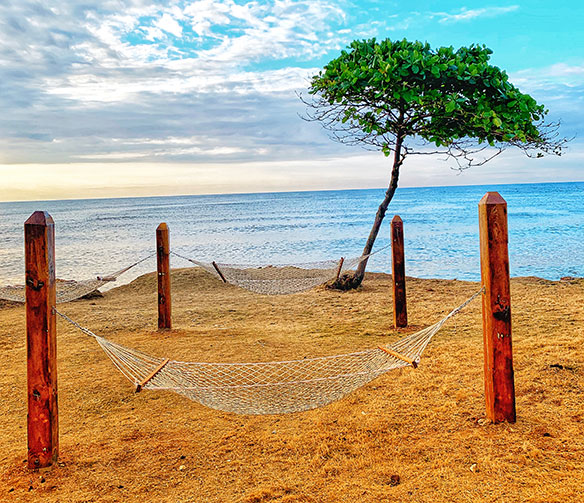 As the oldest continually inhabited European settlement in the Americas, Santo Domingo is home to a lot of firsts.

“We’re going to the city Christopher Columbus loved the most,” announced tour guide Carlos Batista, as the bus approached the capital of The Dominican Republic. “Santo Domingo is a city of firsts. The first road, first hospital, first cathedral, first university in the New World.”

After coming face-to-face with some of the key attractions in the Colonial Zone like Alcázar de Colón, a palace built for Christopher Columbus’ son Diego Colón, which is considered the oldest Viceregal residence in the Americas, meandering along Calle las Damas, the oldest European street in the Americas, which translates to Ladies Street, and walking through The Ruins of the San Nicolás de Bari Hospital, the oldest hospital in the Americas, Batista led the group to another notable first.

Standing outside of Convento de los Dominicos, he pointed out that the church and convent marks the spot where friar Antonio de Montesinos delivered a sermon against the maltreatment of indigenous people in 1511.

“It was a very famous speech,” he explained. “It led to the first human rights movement in the Americas.” 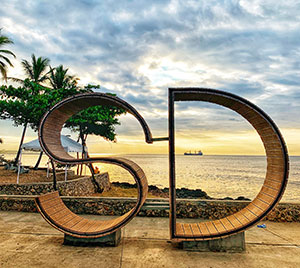 Brave New World
Although the Colonial Zone, which was designated a UNESCO World Heritage Site in 1990, is a main lure of Santo Domingo, Roberto Henriquez, president of the Hotel Association of Santo Domingo (AHSD), said the entire city is undergoing a revitalization to draw in more tourists.

Most recently, in addition to an urban renewal program in the Colonial Zone, a new seafront Malecón was developed, complete with photo opportunities, hammocks, swings, and bike trails in order to create a modern and functional space visitors can interact with.

“Santo Domingo is a must stop for anyone who comes to The Dominican Republic today,” he said. “It continues to bring a lot of guests, both local and international, who like to discover the culture, gastronomy, history and folklore of the destination, known as the crown jewel of The Dominican Republic. I also have to emphasize our commitment to gastronomy with a clear tendency towards quality, variety and modern cuisine.”

The city has a thriving food scene with a growing number of festivals and events, and has again been named the Gastronomical Capital of the Caribbean.
A second phase of the revitalization and restoration of Santo Domingo is currently underway, which will see the addition of speed controls and traffic lights along the boardwalk, and the elimination of commercial vehicles throughout.

“Exploring the Colonial City – the first European settlement of the Americas and a designated UNESCO World Heritage Site in 1990 – is a recommended experience for all travellers,” Cosette Garcia, director of The Dominican Republic Tourism Office in Montreal told Travel Courier. “This historic neighbourhood consists of pedestrian-friendly streets brimming with 16th to early 20th century architectural wonders. They lead toward colonial buildings turned museums, shops, hotels, restaurants, and sidewalk cafés. Hop on the Chu Chu Colonial train for a 45-minute tour of the area, hire a guide who will walk you down the first paved road of the Americas, while sharing tales, or rent a bike and wander on your own.” 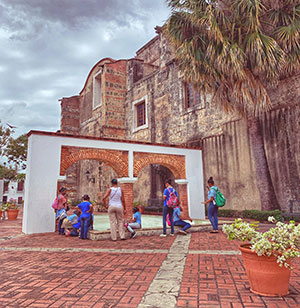 Although several other countries also lay claim to having Christopher Columbus’ remains – Cuba and Spain – Batista said visitors can also learn about another theory that his final resting spot is indeed Santo Domingo, as the explorer wished to be buried in The Cathedral of Santa María la Menor. Believe it or not, there is a world of history for travellers to discover during a visit, including pirates. In a famous battle in 1586, Sir Francis Drake invaded the walled city. Visitors can live The Battle of Santo Domingo at The Colonial Gate, a 4-D cinema that simultaneously translates the VR film into nine languages.

Although Santo Domingo was often thought of as a gateway to beaches and resorts, it’s become a popular option for day trips, cruise port visits, MICE gatherings and pre- and- post-beach vacations. There are also an influx of hotel choices, as well as new bars, restaurants, galleries, an amphitheatre and shops, which Henriquez said have had a remarkable impact on economic growth.

As the second-largest source market for The Dominican, Garcia says there is plenty for Canadian visitors to discover beyond the sun and sand. 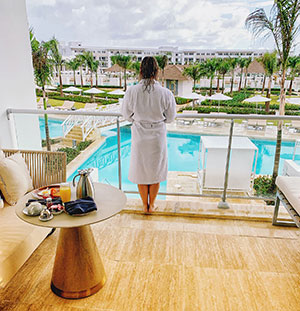 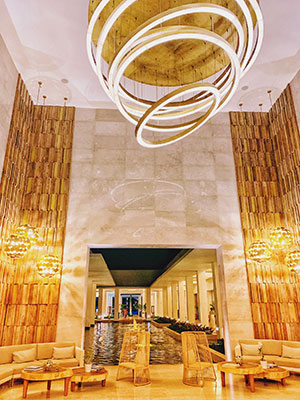 Live large:“The Dominican Republic offers Canadians a diverse range of experiences and offerings from hotels to exhibits to restaurants – there is something for everyone,” she says. “The Dominican Republic can be a destination for endless exploration. In one trip, travellers can visit different regions and have a different experience in each. The D.R. also offers infinite options when it comes to food. Not to mention the activities and, of course, the splendid beach and weather.”

Designed in the shape of a circle to emulate wholeness and perfection, The Grand Reserve at Paradisus Palma Real is a new $110 million resort in Punta Cana by Meliá Hotels International. Its opening coincided with $30 million in upgrades to the neighbouring adults-only Meliá Punta Cana Beach Resort and Meliá Caribe Beach Resort for families, formerly Meliá Caribe Tropical.

The Grand Reserve features 288 expansive accommodations ranging from 800 to over 3,000 square feet, and 144 suites for members of Circle by Meliá, a luxury vacation club within the resort.

Hidden feature: for a private oasis, hit the pool and cabanas at the MAIA Signature Spa by Natura Bissé.

Book: The Grand Reserve’s swim-up suites for direct access to an exclusive pool from the comfort of a private outdoor area.

Things to note: Although the property isn’t beachfront, there is a Beach Club giving guests access to Bavaro Beach. Those with kids can take advantage of the on-site Blast! Aqua Adventure Park. 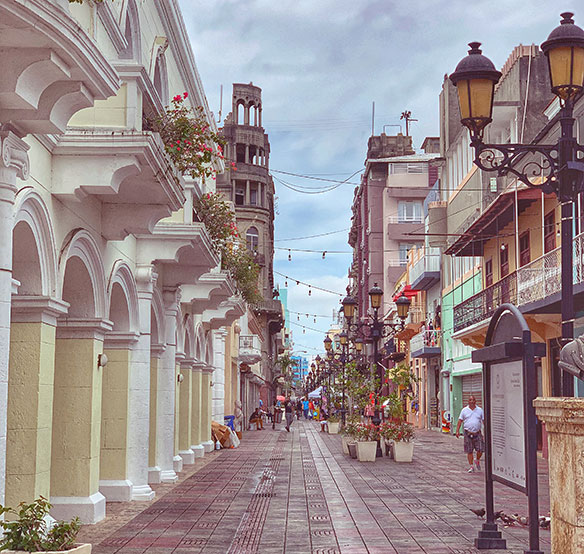