Home › Digital Post › Discover the wonders of winter in Switzerland

Discover the wonders of winter in Switzerland 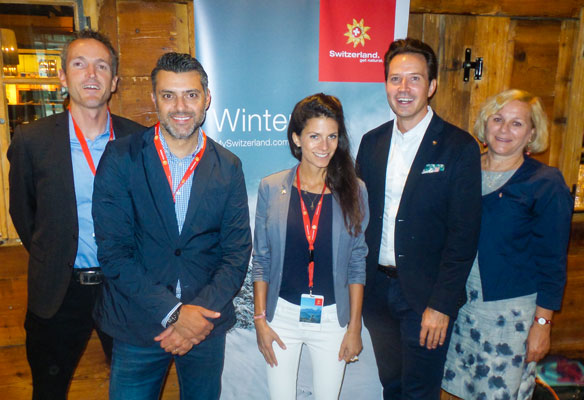 Jack Frost’s impending arrival has Switzerland Tourism suggesting that those who enjoy true winter vacations to experience one in the country where winter tourism began.

“We are the original [winter vacation destination],” Prinz told the gathering.

Swiss ski resorts tend to be higher than those elsewhere in Europe, so tourists can expect plenty of snow, he continued.

Hotel ski passes in St. Moritz – which has built a worldwide following among skiers – are available for around $60.

Prinz’ colleague Fabia Leoni, in turn, labelled St. Moritz an “absolutely wonderful ski destination,” with visitors likely to find blue skies in a part of the world that has about 320 days of sunshine a year.

Skiers will find “amazing” slopes in a community that has a lot of tradition, she added.

But skiing is only one side to winter in Switzerland, Prinz noted, pointing out Lausanne and Zurich will next May host the Ice Hockey World Championships.

Prinz also praised the Christmas markets that appear in Switzerland in late November and continue into December, adding they can be romantic.

State of the art

“Everybody will have something fun to do for a week [in Switzerland],” Prinz said. “Nobody will be bored.”

Prinz noted other major events are slated for his homeland, including next year seeing famed chocolate manufacturer Lindt opening “the new home of chocolate” in Zurich. The attraction will have the “world’s largest chocolate fountain,” Prinz continued.

Meanwhile, Martin Oester of the Swiss Travel System said those riding the Glacier Express train between St. Moritz and the Matterhorn can opt for Excellence Class, with the “state-of-the-art” service providing the likes of a concierge and fine wines, while showcasing alpine scenery.