Doom at the inn 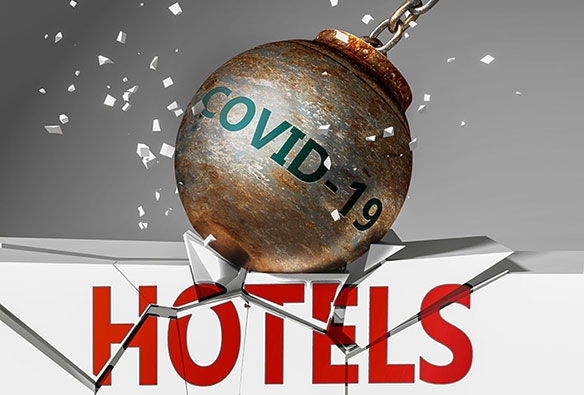 The president of the Hotel Association of Canada is calling on the federal government to step up support for this country’s beleaguered hotel industry, warning that Canada is on the brink of a rash of hotel closures brought on by the coronavirus pandemic.

Susie Grynol said during a Nov. 17 Tourism Industry Association of Canada 2020 Tourism Congress talk that an HAC survey suggested around 30% of hotels contacted indicated that they may not last past November if relief isn’t provided.

“The clock is ticking, …” Grynol warned. “We’re squarely in the middle of the second phase of the pandemic and it’s worse than the first phase … Hotels in this country are sitting virtually empty and have been since mid-March.”

Most hotels in Canada are small or mid-sized properties and don’t belong to chains, and some have reported revenue losses of 70% to 100%, she stated. Many of those properties have used up their savings and are running out of options when it comes to staying in business.

HAC has welcomed some Ottawa initiatives, such as extending the Canadian Emergency Wage Subsidy through spring. But the association wants to see Ottawa cover 85% of salaries, with Grynol worrying “about half of this industry going under without more government support.”

Not enough to stay afloat

The 65% being provided for by Ottawa under CEWS won’t be enough for the hardest-hit hotels to stay afloat, she said.

Because of the smaller or medium-sized nature nature of most Canadian hotels they don’t have access to offshore money, she added.

The hotel industry has been working to familiarize people with its plight, using a media campaign, urging people to request their MPs to be supportive of the lodging industry and running an ad campaign.

She said the pandemic enabled hotels to demonstrate that they’re good citizens, with many having been used for the likes of quarantine facilities.

Grynol also said hotels are a bedrock of many communities, hosting the likes of meeting events, hockey tournaments and weddings. “We’re so inter-connected in the fabric of our communities.”

Grynol said it’s been “heartbreaking” to see hotel staff laid off because of the pandemic. But she also warned that many of those employees may not be available for recall when the recovery starts, depriving hotels of experienced workers.

HAC’s boss said her association is promoting the hygiene standards program Safe Stay that it says is great for independent hotels that don’t have the resources chain hotels do.

The hotel industry frequently lists all the measures it has taken to safeguard guests against coronavirus and suggests that those protections aren’t available in newer alternatives to traditional hotel stays.

A subsequent panel discussion demonstrated how dire things are for many hotels when Air Canada executive Mark Nasr mentioned how he recently checked into a Montreal hotel that had two employees on shift for a handful of guests, rather than the 50 or more staff that would have been on hand prior to the pandemic. 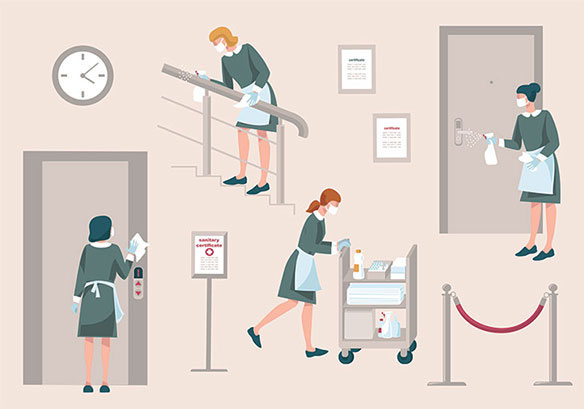