Home › Digital Post › Drink up the wonders of Wachau Valley

Drink up the wonders of Wachau Valley 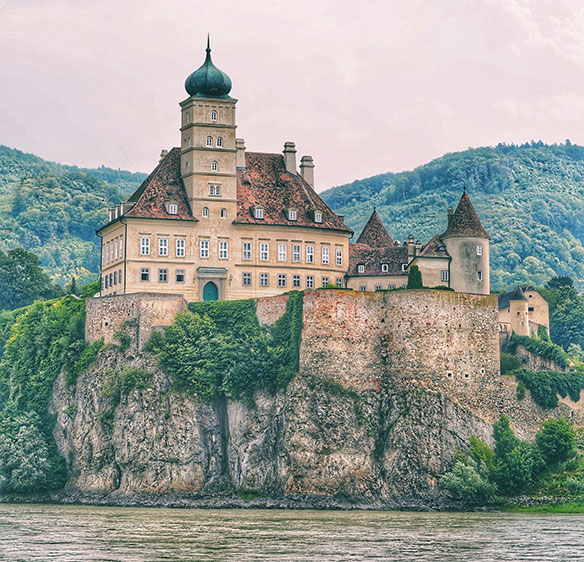 “Look around and you will see what this region is all about: wine, wine and wine,” tour guide Christine Wölfel said as rows upon rows of terraced vineyards set in steep hillsides drew near stretching as far as the eyes could see.

Located along the Danube River between the towns of Melk and Krems, Austria, Wachau Valley is renowned for its wine making. The area is lined with Heuriger – small taverns where local winemakers serve up their latest Riesling and Grüner Veltliner offerings. Here, twigs tied to the door alongside the name of the establishment represents that the taverns are open and ready to welcome visitors. 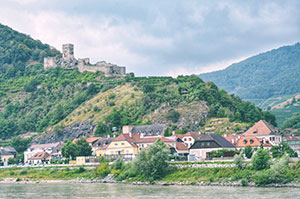 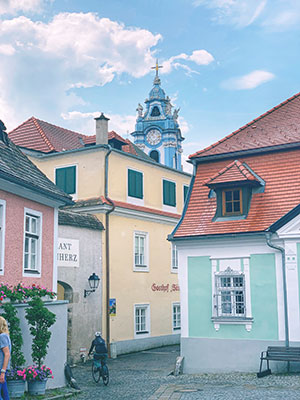 Run by Erich Hamböck and Lidia Ramallo, one of the family-run businesses travellers can visit to try a sampling of locally made wine is Heuriger Hamböck, which is home to a 600-year-old wine cellar, and has a courtyard with views of the old town of Krems-Stein.

Along with wine, the UNESCO World Heritage Site – designated for its architecture, urban design and agricultural use, principally for the cultivation of vines evolving since prehistoric times – is growing in reputation for its production of apricots, which can be found in many forms ranging from marmalade and dried snacks to apricot liquor, brandy and wine.

The region has also been making a name for itself for centuries thanks to its ties to Richard the Lionheart. Dürnstein Castle, one of the highlights of the Wachau Valley, is where the King was held captive in the 12th century following the Third Crusade. Ransom for his release was set at some 150,000 silver marks – a colossal amount that took a good year to collect from the kingdom in England.

Legend has it that when no one could locate the King, a loyal minstrel set out to find him by singing his favourite song from castle to castle through the Holy Roman Empire. Upon recognizing the ditty, it’s believed that the imprisoned Richard the Lionheart sang the next refrain back to Blondel.

Whether it’s to drink up and discover the local wine scene or to be regaled by tales of Richard the Lionheart, the Wachau Valley is filled with history, impressive monasteries, castles and ruins, charming medieval villages and vineyards to discover. 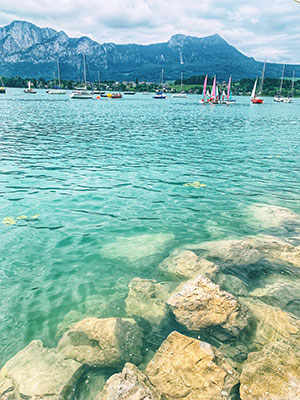 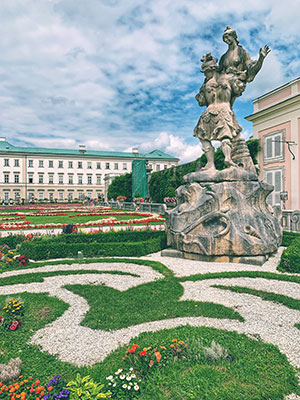 Along with the ruins of Dürnstein Castle, the walled town of Dürnstein is a main attraction in the area featuring an unusual blue church tower, which dates back to 1721. The town is dubbed the pearl of the Wachau Valley.

Another must-see attraction is Melk Abbey, a large Benedictine Abbey that remains an active monastery. The Baroque monastery houses a collection of 100,000 manuscripts. For over 900 years, monks have continually lived and worked on the premises. Other worthwhile sights to take in include Schönbühel Castle, the Burg of Aggstein and the white church of Weissenkirchen.

The scenic route is an easy day trip from Vienna, located an hour from the capital city, and is featured on river cruising itineraries on the Danube River. It’s also a picturesque option for cyclists with a well-established bike path, part of a larger network connected to Passau, Germany and Prague, Czech Republic.

Of Mozart and Music

Home to the birthplace of Mozart, Salzburg is known as the city of music. While it’s often linked to the movie The Sound of Music, local guide Gabor Karsay said many Austrians aren’t that familiar with the film.

“It’s not very well known in Austria except in Salzburg since there are so many tours,” he said. “They have filmed really everywhere in and around Salzburg, but for locals it’s really about Mozart.”

To this day there are traces of the composer around the city and a visit to Mozart’s birthplace is a key stop on tours of the city. One of the local delicacies to try are Mozart chocolates, which are circular in shape and filled with pistachio marzipan. Named after Wolfgang Amadeus Mozart, the original recipe is credited to confectioner Paul Fürst.

“There is a story about Fürst, that he had no confidence in his staff and he told them they had to whistle or sing while they worked so they couldn’t eat the chocolate,” he said.

The city hosts the annual Salzburg Festival, which sells nearly 250,000 tickets for its music shows and theatre events. Another hot time of year to visit is during the popular Christmas market season.

Along with Salzburg, Sound of Music fans may also want to visit Mondsee, where the wedding scene was filmed. 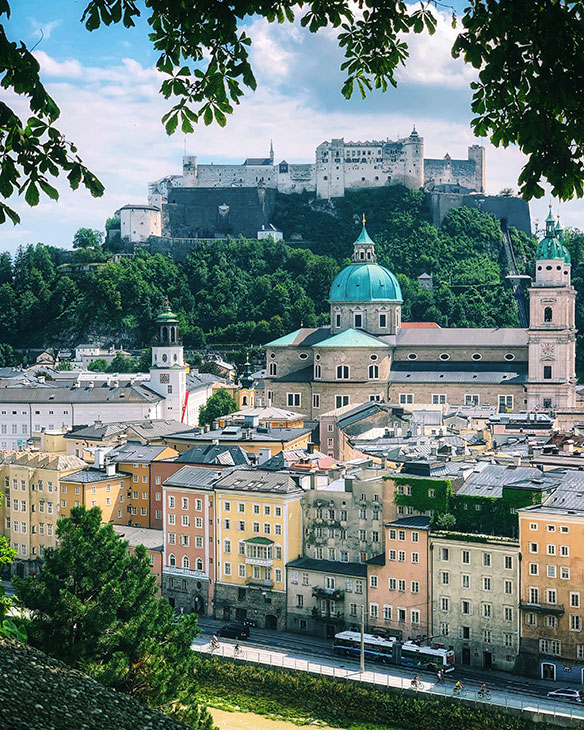