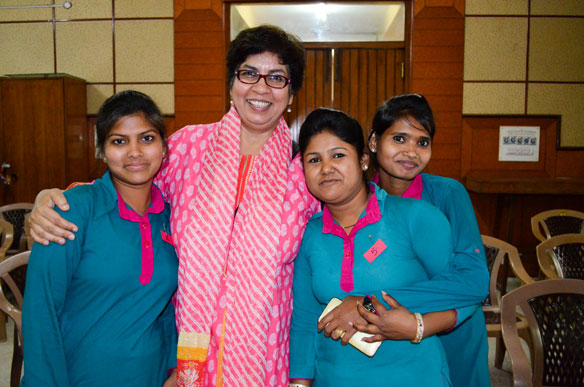 The founder of Women on Wheels, a program by the Azad Foundation that empowers resource-poor women in India to become professional drivers and enables them to gain remunerative livelihoods with dignity, says the idea behind her business model was to break the glass ceiling.

“There’s almost like a cement ceiling – it’s very tough to break because they haven’t had the opportunity to study, to educate themselves, and get the skills they need, so they end up working in very traditional gendered spaces like tailoring and housemaids. The idea was to break the glass ceiling for the resource-poor women and create opportunities,” Meenu Vadera tells Canadian Travel Press. “We started looking at those opportunities and, of course, they were dominated by mostly men. There is a horizontal segregation of jobs everywhere. We looked at driving, which had the potential to bring women into the market. There is a booming car transport industry where there is an opportunity for women to gain hugely by getting plugged into this system. There was a problem and there was an opportunity, and we could connect the two.”

Over the past decade, what started as a small program in Delhi in 2008 with Vadera as the sole employee has since expanded into a successful operation to Jaipur, Kolkata, Ahmadabad, Bangalore and Indore. Over 500 drivers were trained last year through the Azad Foundation.

Paving the way for change 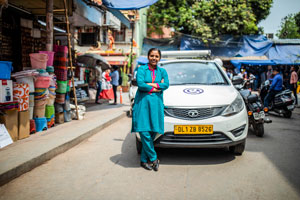 There are many success stories coming out of the program, like Kushi, who was forced to stop studying at a young age due to family debt and is now part of the organization’s faculty teaching other women to become drivers, and Shanti, a mother of three who escaped an abusive relationship and has since gone on to work for the US Embassy in India.

“I think every single woman driver is a story and makes me feel so proud of what they’ve been able to achieve in their lives and gives us the inspiration to go on,” she says, adding that the success stories of 12 of the drivers have been published in a book called Lady Driver. 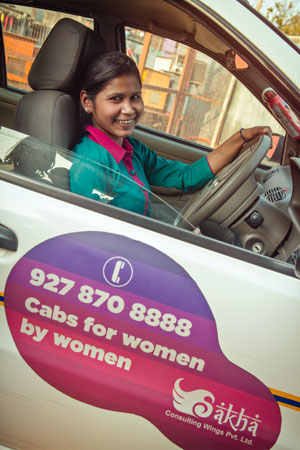 Not only does the social enterprise challenge gender roles and employment norms in India, Women on Wheels also provides safe transport for visitors travelling to the destination, particularly beneficial for solo female travellers. About 40% of all passengers are G Adventures travellers.

“We do almost all the pickups for G Adventures in Delhi. We have started doing departures and the business relationship with G has grown over the years,” she says. “Working along side a giant like G Adventures has given us great visibility, a connection to a network, and helped us build credibility for the whole initiative.”

G Adventures and its not-profit organization the Planeterra Foundation provided funding for a third of the Women on Wheels fleet, as well as funding and resources for its training program, which provides technical skills, and self-empowerment and self-development training to fully equip women to become self-sustaining professional drivers.

“I think the biggest way that G has supported us is not by making any donation, it’s by having built this business relationship with us,” she adds.

Life in the fast lane

With a Master’s degree in Social Development and Public Policy from London School of Economics, Vadera has been working on women’s issues – nationally and internationally – for over 20 years and previously served as the country director of Action Aid in Uganda. As a single parent, the feminist and social entrepreneur says she jumped into the business.

“As an entrepreneur, there is no money to begin with. There is no salary to earn and to have a young daughter who goes to school, and my mom was living with me, so I had responsibilities but I think it was just one of those mad moments where you take a decision and you jump. And I did. And then you just keep going,” she recalls. “I was blessed to have a set of friends and family who supported me through it, I don’t believe anyone can do anything on their own. There is always a community of people who come around you. But you do need to take that step and you do need jump and you do need to trust your instincts. And then the cosmos supports you to do that.”

On the same front, she says the Azad Foundation was never just about training women to become drivers, but also about empowering women so they know their rights especially in terms of gender justice and education.

“I think one of the most important lessons I have learned is that it’s not just enough to say we want to give skills to women. It’s so important to look at those other surrounding factors, social and cultural norms that stop them and unless you address that, you cannot really change the situation,” she says. “When we are working with women and in particularly resource-poor women, and bringing them into the job market, there has to be investment made to help her bring her family on board. These things are overlooked by most people and investors.”

In addition to empowering women, the Azad Foundation and its sister company Sakha Consulting Wings also focus a lot of energy on community engagement and lobbying and advocacy work. 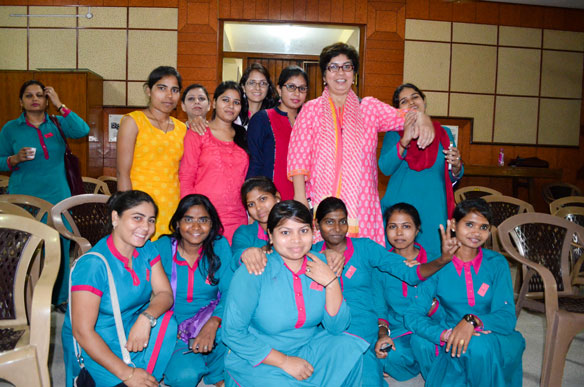 The road to success

Although the Azad Foundation celebrated its 10th anniversary in 2018 and has trained more than 1500 women, over 650 of whom continue to earn a livelihood as professional chauffeurs, Vadera believes there’s always more work to be done.

“To be very honest I still don’t realize that [we are successful], therefore I enjoy coming to the G Adventures community because they believe that and it’s always so wonderful to hear them say that,” she said. “But I tend to focus on things that we still have to do. Of course I celebrate things, but as the saying goes, I think there’s miles to go before you sleep.”