School's not out for members of Travel Leaders Network 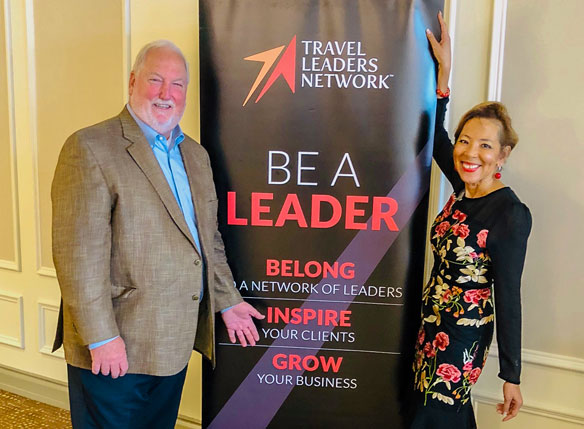 The network hosted its second 2018 Ontario regional in Toronto last week, and will hold similar events in Calgary and Edmonton later in October.
Christine James, Travel Leaders Network’s vice president Canada, says the annual gatherings benefit Travel Leaders Networks members who attend, among other things providing an educational component that will translate into more money in their bank accounts.
“It brings our agents together to interact with each other and network with our suppliers, and we also have workshops,” she said during the Toronto show, which drew 34 exhibitors to its trade show.
Attending members will hear about the likes of “best business practices, how to control expenses, and improving efficiencies,” she continued.
“We are big on education, big on marketing.”

Size an advantage
James said Travel Leaders Network is now the largest travel agent network in North America, with over 6,000 members. In contrast, the next largest has under 2,000, she added.
In this country, it has just under 700 members, including ones in the Yukon and the Northwest Territories.
James said Travel Leaders Network’s size is an undeniable advantage for its members.
“When we sit down to the negotiating tables [with preferred suppliers], we have more clout,” she said. “It’s to do with critical mass. If we’re having a bad year, they [preferred suppliers] are having a bad year, so they’re going to want to listen to us because they don’t want to have a bad year.
“We offer so many programs and solutions to help our members, and we want them to take advantage of the programs because the more successful they are, the more successful we are.”

Always valuable
Among TravelLeaders Network key benefits is Agent Profiler, on which agents can place a personal profile, identifying them as the likes of a adventure travel or cruise specialist for example. The service is free for those placing a single profile of themselves. Also offered is Agent Profiler 2.0, which allows agents to post through multiple profiles of themselves at a cost of $15 a month. James said the profiles will pop up when consumers searching for the likes of a travel agent specializing in safaris Googles searches. The feature also leads to 25% to 30% closing in bookings, which James labels “very high.” The average sale through Agent Profiler is over $5,000.
Profiles can be found at CanadianTravelAgents.ca.

Meanwhile, London, Ont. Agent John Coletta praised the Toronto regional.
“I find these events very useful,” he said. “You get to network, you’re updated and it’s a chance to meet your colleagues in the industry.”
Rod Hanna of the Saint Lucia Tourism Authority – one of the exhibitors at the Toronto regional trade show – in turn said the regional was worth participating in.
“It gives us exposure to many agents we normally don’t see because lots [of agents] aren’t storefront,” he added. “It’s always valuable.”