Home › Digital Post › Experience wildlife from A to Z

Experience wildlife from A to Z 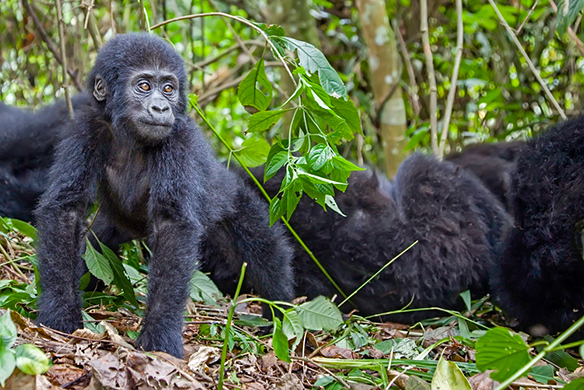 Goway’s Africa program spans a range of wildlife ranging from A(ardvark) to Z(ebra).
Moira Smith of Goway’s Africa program told a recent Toronto gathering that the program features 22 countries, with many of those countries having predominantly wildlife-based tourism, including Botswana and its Okavango Delta; Uganda, home to the likes of gorillas and tree-climbing lions; and Zambia, which Smith labelled “pristine and wild.”
The Serengeti – shared by Kenya and Tanzania and famed for its massive animal migrations – is another prime wildlife region, she continued. “It’s like you’re living in National Geographic.”
Smith said Zambia – once simply associated with Victoria Falls – is “coming into its own” and has many new lodges opening.
Smith said the “safari experience [in Africa] is different every single time you do it.”
She added that Cape Town, South Africa, has “exploded from a culinary point of view.”
Showing particularly strong growth for Goway are Kenya and Egypt, with Smith declaring Cairo to be an “unbelievably interesting” city and adding that it’s “gratifying to see the amount of [tour] boats that have come back on the [Nile] River and that have been restored.”
Interest in Egypt is expected to be further heightened in the next two years when the massive, high-tech Grand Egyptian Museum will open in the Cairo area, displaying Pharaonic objects.
Smith also praised Morocco as “just the most fascinating place.”
“There’s just something special and unique about all the countries of Africa…,” she continued. “If you only go to two continents in your life, go to Africa twice.”
Smith also said her employer can customize tours and accommodate solo travellers, has both upscale and moderate accommodation options in Africa and added that its pricing is “very, very competitive.”
Among those on hand at the event were Birhan Abate and Dave Timmins from Ethiopian Airlines’ Canadian office, who were updating agents on the carrier’s non-stop Toronto-Addis Ababa service and its network within Africa.
“We’re connecting Africa to the rest of the world,” Abate said.
Timmins, in turn, noted his airline has 71 years behind it and uses Boeing Dreamliners to link Toronto with the Ethiopian capital.