Home › Digital Post › Kenya: Home to the wonders of Africa

Kenya: Home to the wonders of Africa 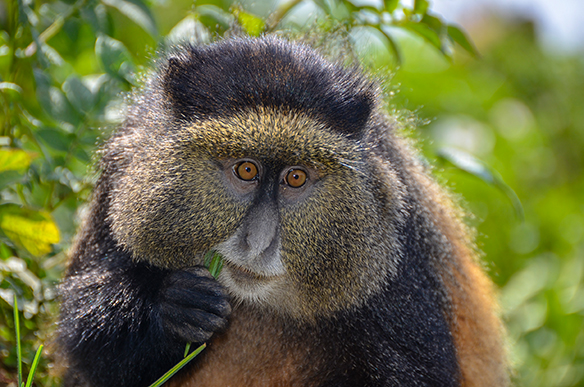 Samuel Tunai’s backyard is home to some regal cats.
Tunai, governor of Kenya’s Narok County, told a recent The Travel Corporation/ME to WE gathering in Toronto that his Kenyan jurisdiction is home to the likes of lions, frequently dubbed the king of the beasts; leopards; elephants; giraffes; and other creatures that lure wildlife enthusiasts, and he promised that Narok County is taking steps to protect them at a time when much of African wildlife populations are dwindling because of poaching and human encroachment.
“We continue to preserve that great resource for future generations,” he said.
Kenya has the “best game reserves in Africa,” he continued.
Tunai earlier told Canadian Travel Press that the setting animals in his jurisdiction are found in is “natural. It’s not a zoo.”
The Travel Corporation brands Lion World, Trafalgar and Contiki have all decided to offer Africa.
The Travel Corporation is also affiliated with ME to WE, which also has Kenya programs that include volunteerism and sightseeing.
Tauni’s area drew praise from Lion World’s Cris David, who told the gathering that the Maasai Mara – found within Narok County, is “probably the most famous and iconic wildlife destination in the world.”
The region has “iconic images of huge herds of game,” he continued.
David added that his company’s programs aren’t only for the well-heeled. “We want to make the safari experience available to everyone.”
Trafalgar president Wolf Paunic added that the launch of an Africa program by his company has been “super exciting.”
Trafalgar gives its clients “the opportunity to connect with local people,” he continued.
Trafalgar has 12 Africa programs.
The audience was also told that those in the 18-to-35 age bracket – Contiki’s target market – are “very eager” to see Africa.
Meanwhile, Jeff Element, who oversees The Travel Corporation’s Canadian operation, singled out Kenya as being a particularly worth-
while destination.
“Tell everybody their next trip…should be to Kenya,” he said.
Tanui also told his audience that Kenya “has some of the finest beaches in the world.”